The chairman of Ukraine’s parliament, Dmytro Razumkov, on Monday signed a bill to reimpose sanctions on officials who declare misleading details on their assets, after the parliament, the Verkhovna Rada, overturned an earlier ruling of the country’s Constitutional Court last week. 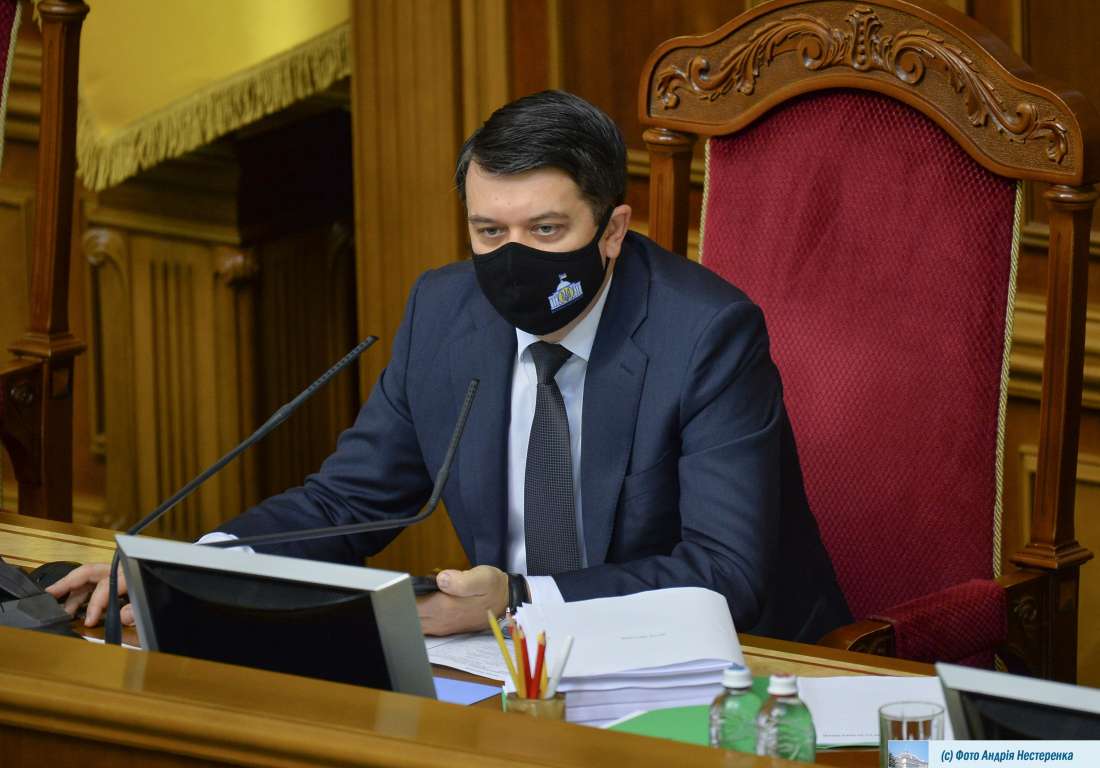 Speaker of the Ukraine's Parliament, Dmytro Razumkov, at the session to reimpose stricter anti-graft legislation. (Photo: Oleksandr Klymenko, Verkhovna Rada, License)The decision follows a ruling on Friday by the Verkhovna Rada to pass a bill amending the country’s Code of Administrative Offenses, which included provisions to the law on Prevention of Corruption, challenging an earlier decision by the country’s highest court.

Less than two months prior, Ukraine’s top court dealt a blow to those fighting to end graft, ruling that officials who intentionally file false information on their asset declarations could not be held criminally liable.

On October 27, the Constitutional Court determined that it was unconstitutional to require officials to file electronic asset declarations.

The country’s highest court, at the same time, struck down laws that made it a criminal offense to provide false details on income, which put Ukraine in a tough situation of possibly being ineligible from receiving international financial assistance, or from being allowed visa-free travel to EU countries.

The National Anti-corruption Bureau of Ukraine (NABU) warned back then that the court’s decision “significantly limited the powers of the country’s anti-graft infrastructure: NABU and the National Agency on Corruption Prevention (NACP).”

Besides “legitimizing the intentions of politicians and officials looking to hide from society after illegally acquiring wealth,” the court’s ruling in October also protected “the interests of some judges of the Constitutional Court,” some of whom may have also been under NABU investigation, the bureau warned at the time.

For decades, Ukraine has suffered from pervasive corruption that has undermined the country’s economic progress. Out of 180 countries surveyed in Transparency International Corruption Perception Index (CPI), the country is low on the list, ranking 126th.