Ukraine’s Constitutional Court has dealt a blow to those fighting to end graft, ruling that officials who intentionally file false information on their asset declarations cannot be held criminally liable. 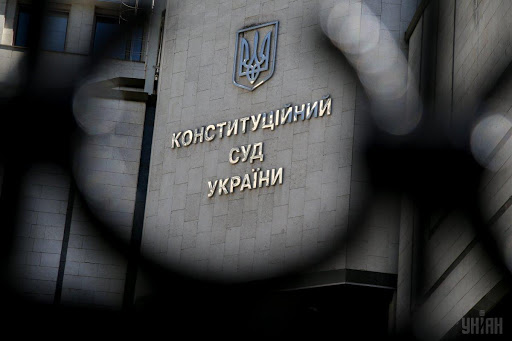 The court’s decision means the Constitution Court’s judges cannot be asked about their wealth or the origin of that wealth, and cannot be sued over discrepancies between their declared and actual wealth.

Such a decision, according to NABU, does not hold water and it does not seem to be “reasonable or in accordance with the legal terms.”

The decision means that judges who might themselves be accused of corruption would have the final say in corruption cases rather than anti-corruption officials, according to NABU.

Therefore the court’s conclusions about “the alleged violation of the independence of judges under the current legislation on the prevention of corruption are unfounded.”

Andrii Borovyk, the executive director of Transparency International (TI) Ukraine, said, “The decision of the Constitutional Court will lead to a significant rollback in Ukraine’s anti-corruption reform. These legislative provisions were the cornerstones of the anti-corruption system, while corruption has been recognized as one of the threats to national security … thousands of officials will remain unpunished for lying in (wealth) declarations.”

The Constitutional Court’s decision may also lead to a number of critical changes, TI warned, such as threatening the visa liberalization regime and the next tranche from the International Monetary Fund, which is essential for Ukraine’s survival.

Ukraine’s President Volodymyr Zelenskyy said he would initiate legislation “to restore stable and most effective operation of the e-declaration system and unavoidable punishment for deliberate violation of these rules,” but the court responded to that too, saying that “any influence on a judge of the Constitutional Court of Ukraine shall be prohibited.”