The EU received approval from finance ministers of its member states on Wednesday to set up an anti-money laundering watchdog with the authority to directly interfere with national jurisdictions if it finds that they have failed to comply. 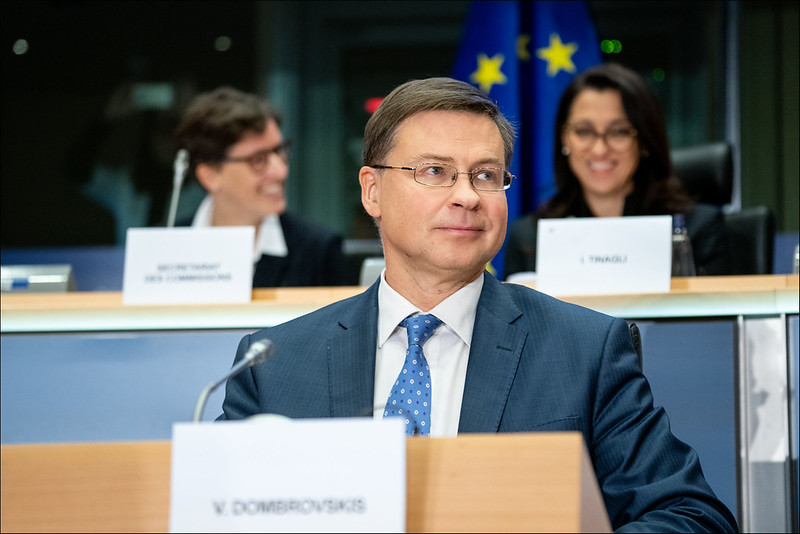 European Commission Executive Vice President Valdis Drombrovskis. (Photo: European Parliament, Flickr, License)The agreed upon measures will serve as a basis for a more detailed set of legal proposals that will go into effect in the first quarter of 2021, and received praise as an important first step in the cross border that will be required to prevent future money laundering scandals from occurring within the EU.

“Dirty money is highly mobile, and this makes it a complex challenge to deal with,” said the Commission’s Executive Vice President, Valdis Drombrovskis, who explained that in order to tackle issues of money laundering, it must be addressed “consistently at the EU level.”

Olaf Scholz, Germany’s Vice Chancellor and Federal Minister of Finance, echoed this point, saying that “more harmonized rules and EU-level supervision will allow us to be more effective and to strengthen the EU's anti-money laundering framework.”

He added that recent alleged money laundering cases in the EU “underline the urgency to act,” and that it “is an important step” that all member state finance ministers “stand united for tough anti-money laundering measures.”

The EU has been plagued by several high-profile money laundering scandals that fall outside of the jurisdiction of just one country, such as the one orchestrated by Danske Bank, which saw €230 billion (US$271.5bn) in suspicious transactions flow through its Estonia branch to numerous jurisdictions both inside and outside of the EU.

The new EU proposal lays the groundwork for it to potentially have more supranational authority in scandals of this magnitude, along with in cases of countries that have consistently failed to comply with its anti money laundering directives.

In addition to harmonizing EU anti-money laundering rules in order to promote more “directly applicable regulation,” the European Council suggested this in saying that it “supports setting up an EU-level supervisor with direct supervisory powers over a selected number of high-risk obliged entities, as well as the authority to take over supervision from a national supervisor in clearly defined and exceptional situations.”

Paul Massaro, a policy advisor at the Washington D.C.-based Helsinki commission described this initiative on Twitter on Thursday as an anti-money laundering “cop”, and said that its support by EU ministers is a “potential big step forward depending on final legislation.”

“Much will hinge on proposed authority to take over supervision from national supervisors in certain situations,” he wrote.