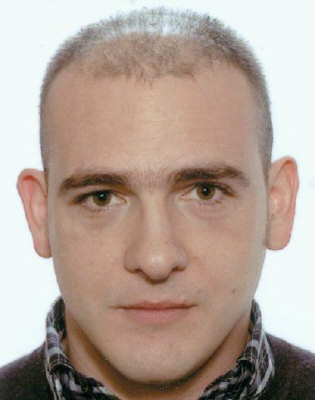 Serbian officials are preparing extradition paperwork for Luka Bojovic and three other Serbian gangsters who were arrested Thursday in Valencia, Spain. State secretary of Serbia's Justice Ministry Slobodan Homen told RTS that several countries might ask for Bojovic’s extradition, including Spain and the Netherlands, but that Serbia should have the priority.

Miljko Radisavljevic, the Serbian State Prosecutor for Organized Crime, told the newspaper Blic that Serbia will likely have priority to try the suspects first because the men hold Serbian citizenships and committed the gravest crimes in Serbia. Also sought are Vladimir Milisavljevic, Vladimir Mijanovic and Bosnian born Sinisa Petric.

Homen said that along with the extradition request, Serbia is sending Spanish authorities a 1,700 page report detailing the crimes allegedly committed by the four. He added that the suspects can be jailed while waiting for extradition for up to a year, but that he hopes the four men will be sent to Serbia in the next several months.

The men were arrested on Thursday evening in the eastern city of Valencia and Serbian Minister of Internal Affairs Ivica Dacic confirmed Bojovic’s identity on Friday. According to Serbian indictments, after the infamous Zemun crime clan collapsed under police pressure, Bojovic stepped in and recruited many of its members to join him, forming his own gang. Included were some of the clan’s most violent members. Milisavljevic is a suspect in the murder of the Serbian Prime Minister Zoran Djindjic, while Petric is described as one of the gang’s hit men.

According to Blic who quoted a source in the Serbian Ministry of Interior one of Bojovic’s close associates, Milos Bata Petrovic, tipped off the Serbian police last November about Bojovic’s location. Petrovic, a Serbian national who ran an organized crime group based in the Netherlands, is currently in jail in that country for murder.

The Spanish authorities, in cooperation with the Serbian police and several other European countries, have been tracking Bojovic, 38, since November. When Milisavljevic traveled from Las Palmas, a Spanish territory on the Canary Islands (90 miles off the northwest coast of Africa) to Valencia to meet Bojovic, his boss, both were arrested.

Spanish newspaper El Mundo reported that judge Fernando Andreu of Spain’s National Court ordered Bojovic, Milisavljevic, and Petric to be jailed for illegal possession of weapons, forged identification documents, belonging to an organized crime group and resisting arrest. The detained men are also suspected of being involved in more than 20 murders in several countries.

Bojovic and Petric were known to be members of the paramilitary group known as “Arkan’s Tigers” that committed war crimes in eastern Bosnia during the 1990s under the leadership of Zeljko “Arkan” Raznatovic. Arkan was killed in January 2000, and prosecutors believe Bojovic tried to kill rival gang leader Andrija Draskovic in an attempt to avenge Arkan’s death. Bojovic is also accused of trying to kill Zoran Nedovic and for murdering Branko “Jorga” Jeftovic and two body guards who died in the attacks.  Bojovic is currently on trial in Serbia for these crimes.

Read more about Luka Bojovic and his associates here.