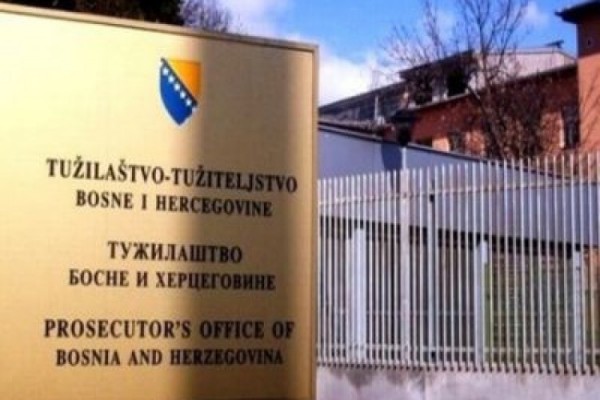 Prosecutor's Office of Bosnia and Herzegovina in Sarajevo. (Photo: tuzilastvobih.gov.ba)The value of the smuggled drugs was estimated to be more than two million euros (US$2.36 million).

As an organized crime group, the men allegedly had from 2016 to 2019 “in at least 25 occasions planned, organized and conducted trafficking of marijuana - skunk,” read a statement from the Prosecution Office.

They would smuggle between 200 and 900 kilograms from Montenegro to Bosnia and Herzegovina, further to Croatia and on to other EU countries using local transport companies, mostly those transporting oil since rented tanker-trucks were suitable for hiding large amounts of drugs.

The Prosecution Office described the indictment as the most extensive in the country’s fight against narco-crimes so far. It came as a result of several months of comprehensive investigation involving the country’s law enforcement and security agencies in cooperation with “partner institutions in the region and the EU.”

During the arrest of the indicted men, police searched their homes and seized nearly half million convertible marks ($301,900), as well as a certain amount of counterfeit money.

The indictment was forwarded to the Court of Bosnia and Herzegovina. The prosecution said it had obtained hundreds of pieces of evidence and will present more than 20 witnesses and experts.