The anger over a disputed election result that culminated in a violent uprising on Monday turned by Thursday into confusion after election officials declared the Sunday vote void, leaving Kyrgyzstan in a power vacuum. 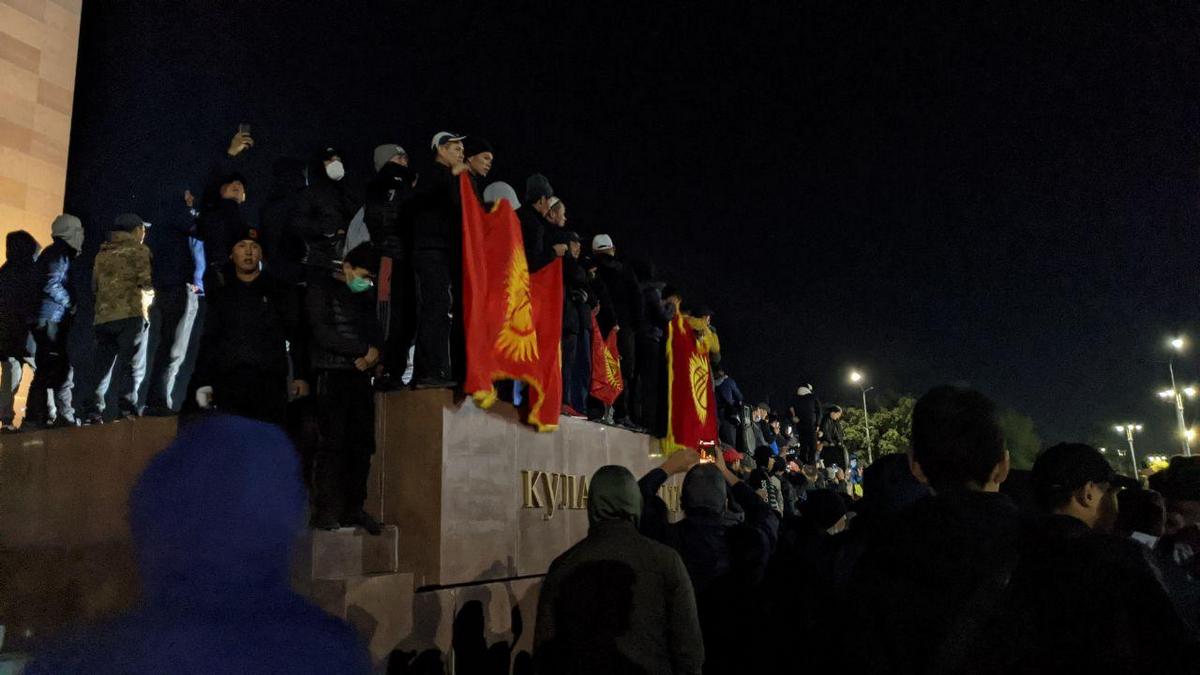 Post-election revolution throughout Kyrgyzstan. (Photo: Ljeks Titova for Kloop.kg)The protests so far took the life of a 19-year-old boy, while more than 900 people were injured, out of which 205 were hospitalized.

Sooronbay Jeenbekov, who remains the legitimate president of the country, called on the protesters to calm down, but also called on the parties to return to legal frameworks.

“Those who wanted to gain positions have achieved their goal and now we need to stop the violent demonstrations,” Kyrgyz news outlet Kaktus cited Jeenbekov’s speech to the nation.

He stressed that “no power or position can be more important than human life,” and that therefore he did not use his powers as this would have provoked more violence.

Jeenbekov said he did not call on the army to protect the Parliament building, which also hosts his office, and he “categorically rejected” suggestions to suppress the protests with violence or to declare a state of emergency in Kyrgyzstan.

“I call on all parties to be patient and restrained… I am sure that we will get out of this situation together,” he said.

UN Secretary General, António Guterres, also called on “all Kyrgyz actors to engage in a dialogue and agree on a way forward,” within the existing constitutional framework.

He added that the UN “stands ready to support all efforts aimed at finding a peaceful resolution of the current situation, including through the United Nations Regional Centre for Preventive Diplomacy for Central Asia (UNRCCA).”

In the meantime, Kyrgyz Prime Minister Kubatbek Boronov announced his resignation. He is supposed to be replaced by Sadyr Japarov, a former member of the Kyrgyz parliament who was released from jail the night the uprising started.

In 2013 Japarov was sentenced to 11.5 years in jail for hostage-taking, an accusation he rejected as “politically motivated,” RFE reported back then.

The country’s Supreme Court decided on Wednesday to annul the previous ruling, and called on the Prosecutor’s Office, whose chairman was also forced to resign, to launch a new investigation into the Japarov case, Akipress news agency reported.

Gold mines across the country have brought production to a halt after the angry mob turned against them too, the Mining and Metallurgy Trade Union announced.

In a revolutionary euphoria, it added, one of the gold mines and a gold-extraction facility were set on fire in the Jerui region.

The fact that the media found an unknown person sitting in the mayor’s office of the Kyrgyz capital Bishkek, allegedly guarding it, indicates the confusion and chaos in the country.

Some of those who tried to oppose the protests ended up tied to a tree, like in the Naryn region, where local villagers did this to the head of the local community (ayil okmotu) and a local policeman who tried to resist the mob.