The president of Mexico’s tempestuous relationship with the country’s press is putting journalists at risk of serious harm, with death threats being made against individual reporters and publications alike, according to an international press-freedom advocacy group. 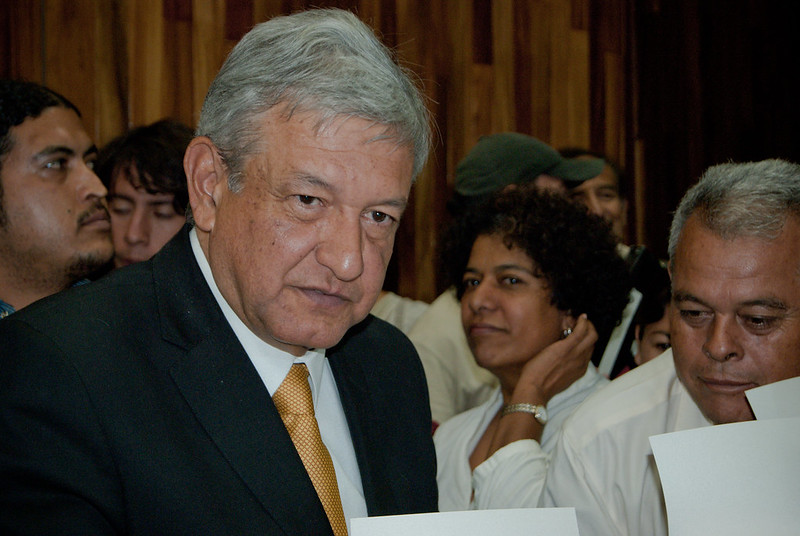 President Andres Manuel Lopez Obrador has attracted criticism for his harsh rhetoric in his dealings with Mexico’s press. (Photo: Alejandro Castro, Flickr, License)Jan-Albert Hootsen, the Committee to Protect Journalists’ (CPJ) representative in Mexico since 2016, told OCCRP on Tuesday that President Andres Manuel Lopez-Obrador’s severe criticism of the press is heightening the risk of violence in what is already one of the most dangerous countries in the world for journalists.

“It’s fair to say that all things considered, the press freedom situation has only worsened under Andres Manuel Lopez-Obrador’s tenure,” Hootsen said, adding that “right now we seem to be moving backwards, not forward.”

The nine months since January have already put 2020 on track to prove one of Mexico’s worst years on record for attacks against journalists.

Hootsen explained that “of the 28 reporters murdered around the world this year, five took place in Mexico. That means a fifth of these homicides occurred in a country that accounts for only two percent of the world’s population.”

The advocacy group’s concerns come soon after the body of Julio Valdivia, a reporter specialising in organised crime, was found decapitated in the eastern state of Veracruz earlier this month.

Initially, these conferences garnered praise for allowing a level of presidential access for reporters that had not been present among previous administrations.

“The fact that the president gives a press conference every morning is absolutely extraordinary and unprecedented across Latin America,” Rosental Alves, director of the Knight Centre for Journalism in the Americas at the University of Texas at Austin, told Christian Science Monitor last May.

“It’s a dream of any journalist to have direct access to the president every day and to ask whatever you want,” he added.

However, Lopez-Obrador has since used those press conferences to consistently attack those who are critical of his government’s performance.

“Whenever a journalist asks a critical question, they’re at risk of being very severely criticised. He calls them names, derides them for being out-of-touch or somehow elitist, suggesting that they must take his side or else are working against the interests of the country,” Hootsen told OCCRP.

“This inevitably means that people will follow his lead - millions will also adopt this incredibly hostile stance, which is an exceptionally dangerous thing given the security crisis in Mexico,” he added.

Violence against the press in the country is part of a longstanding trend stretching back many decades.

Hootsen says that the involvement of organised crime in local politics, with more than half of all municipalities around the country “in bed with the cartels,” serves to continually bring journalists into the crosshairs, with corrupt police forces among the top offenders.

Furthermore, the perpetrators of this kind of violence enjoy “a level of impunity of almost 100%,” meaning these cases almost never make it through the investigative stage so that suspects might then be prosecuted, let alone convicted.

“Lopez-Obrador’s government has taken precisely zero meaningful steps in improving enforcement of these offences, with no federalisation of crimes against journalists despite the capacity for this being readily available. This means that responsibility for investigation and prosecution lie in the hands of the state government, who have a notoriously bad track record in this respect,” Hootsen explained.

Even the most highly-respected members of the country’s press have not escaped attacks by Lopez-Obrador’s followers.

Last April, the Committee to Protect Journalists reported that Juan Pardinas, editor-in-chief of Reforma, had faced harassment and online death threats following the president’s criticism of his newspaper’s reporting.

Others who have attracted significant backlash include Reyna Haidee Ramirez, a freelance journalist who has reportedly achieved something of a cult-status among the country’s press for her willingness to push Lopez-Obrador on difficult topics, as well as veteran news anchor Jorge Ramos and award-winning journalist Leon Krauze.

Despite this, Mexico’s Federal Congress on Tuesday announced it is considering a proposal to abolish 54 trust funds, including one used to finance the protection of journalists.

Rather than providing funding through the Federal Mechanism for the Protection of Human Rights Defenders and Journalists, this would allow the government to finance these programs through the interior secretariat, which CPJ warns would leave them open to politicisation by factions loyal to Lopez-Obrador.