Foul-Smelling Chemical Thrown at Office of Opposition in Siberia

Less than a month after Russia’s leading opposition figure and fierce Kremlin critic Alexei Navalny survived a poisoning attack, unknown assailants spilled on Tuesday a foul-smelling substance at the premises of the Navalny-backed Siberian opposition in Novosibirsk. 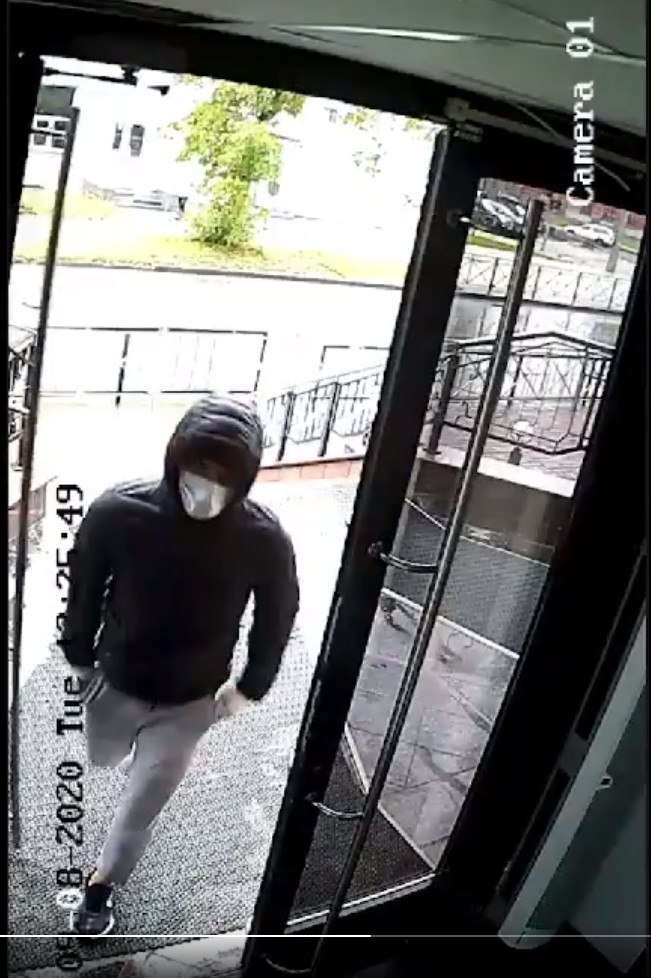 A young hooded man who spilled foul-smelling substance into Novosibirsk opposition office. (Photo: Security Camera, Screenshot)“The office has been evacuated, police arrived at the site. Two volunteers were taken to the hospital,” coalition leader Sergei Boyko tweeted. Footage from security cameras shows a hooded young man wearing a surgical mask, entering the office, smashing a bottle of “pungent liquid,” and running out the door along with an accomplice.

The attack came ahead of Sunday’s election for the Novosibirsk city council. Novaya Gazeta speculated that it was probably aimed at disrupting a coalition of opposition candidates who plan to run against pro-Kremlin incumbents.

The paper also reminded that local authorities have already twice fined Boyko for “unauthorized mass gatherings,” and have forbidden his associates to set up election campaign stands.

The head of Navalny’s Anti-Corruption Foundation (FBK), Ivan Zhdanov, said that the attack in Novosibirsk is a “direct consequence of the lack of investigation into Navalny’s poisoning.”

“Criminals would not even think about a chemical attack if the people who poisoned Navalny were already in jail,” Zhdanov wrote on his Facebook wall. He added he was afraid the attacks would not stop. “We are quickly plunging into complete darkness,” he wrote.

Nevertheless, Zhdanov reminded voters in Novosibirsk about what Navalny promoted as “Smart Voting” tactics, according to which voters should cast their ballots for candidates capable of defeating their pro-Kremlin opponents, which should weaken them ahead of the country’s 2021 parliamentary elections.

Accidentally or not, Navalny was himself poisoned in Siberia after drinking a cup of tea before boarding a flight from Siberian Tomsk to Moscow on August 19.

Although Russian doctors were against it, Navalny was transferred to a German hospital for further treatment. Berlin’s Charité hospital confirmed on August 24 that Navalny was poisoned by a cholinesterase inhibitor from a group of deadly nerve gases, known as Novichok.

Navalny woke on Monday from a medically-induced coma he was placed into.