Anti-corruption authorities are investigating the offshore companies of two brothers that are on the brink of receiving hundreds of millions in compensation from the country’s largest state run bank following a ruling that is being described as a colossal failure of the Ukrainian justice system. 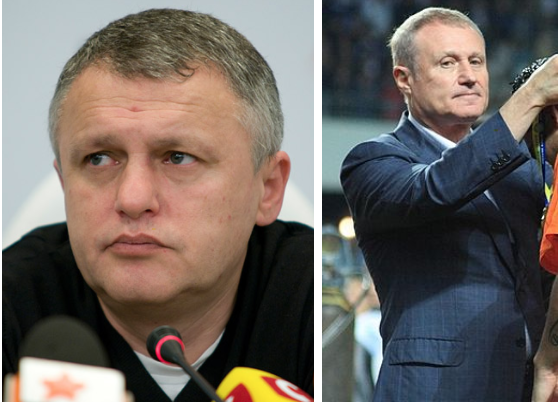 Ihor Surkis (left), and his brother, Hryhoriy (right). (Photo: Илья Хохлов, Wikimedia, License and Руденко Денис, Wikimedia, License)After the Pechersk District Court ordered that PrivatBank must pay US$350 million to companies belonging to Hryhoriy and Ihor Surkis, the National Anti-Corruption Bureau of Ukraine (NABU) revealed on Monday that it has launched a criminal probe that will examine whether the brothers’ attempt to seize these assets through the courts is even legal.

The Surkis brothers have sought to reclaim deposits from six of their offshore companies since PrivatBank converted them into shares when it became nationalized in 2016 – a move that was made by the government following what the former chairwoman of Ukraine’s central bank described as “one of the biggest financial scandals of the 21st century.”

According to multiple reports, the brothers are known business associates of the main architects of the scheme, Ihor Kolomoisky and Gennadiy Boholiubov, the former owners of the Privatbank, who – as revealed in an investigation by OCCRP – managed to embezzle $5.5 billion from its coffers.

Ultimately, Ukranian taxpayers had to shoulder a $5.9 billion bailout of the bank after the country assumed ownership of the bank.

According to the Ukrainian News Agency, PrivatBank plans to appeal the court’s decision. Andriy Pozhidayev, the lawyer representing the lender, told reporters that his client has no intention of paying out the sum, and argued that the judge, Serhiy Vovk, ordered the payments prior to listening to any evidence from the case.

The court’s ruling has also been met with opposition and criticism by numerous experts and Ukrainan politicians.

Anders Åslund, an economist and a Senior Fellow at the Atlantic Council who specializes on the region explained that the court that made the verdict is said to be controlled by Kolomoisky. He described the case as “another sad story of Ukrainian court corruption.”

Ukrainian Prime Minister Denys Shmyhal reaffirmed this position, saying that “the government disagrees with the court ruling and will appeal it… we believe that the decision was made in violation of procedural law,” the Kyiv Post reported.

Denis Malyuska, the country’s Minister of Justice posted on his Facebook page that his office has drafted a bill that would be submitted to parliament which seeks to ban the hundreds of millions from being transferred to the companies registered to the Surkis brothers.

In the post, he described the ruling as “illegal, arrogant and stupid,” and explained that the ruling goes beyond the financial loss that would be assumed by PrivatBank.

If this money is transferred into the offshore companies of the Surkis brothers, it would also affect the annual dividends of the publicly owned bank, he wrote, arguing that taking the sum out of the bank “is to take it away from doctors, educators and pensioners.”