Protesters arrested during the widespread anti-government demonstrations that erupted in Iran last year have been beaten, electrocuted and otherwise tortured, according to a new report Amnesty International published on Wednesday. 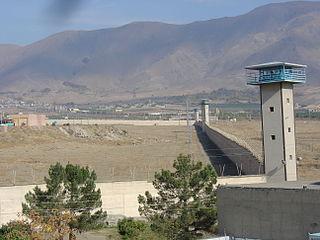 Punishments allegedly included solitary confinement, beatings, electrocutions, waterboarding, and other forms of torture. (Source: Wikimedia Commons)After the price of petrol rose last November, thousands hit the streets across the country, protesting against what they saw as a corrupt government. Authorities responded with “mass repression that led to hundreds of deaths, resulting from the deliberate use of lethal force, and to the arrest of more than 7,000 men, women and children as young as 10 years old within a matter of days,” the report said.

“Much less visible has been the catalogue of cruelty meted out to detainees and their families by Iranian officials away from the public eye,” she said.

“Torture was used to punish, intimidate and humiliate detainees,” as well as to elicit “confessions” and incriminating statements about participation in the protests and alleged associations with opposition groups, human rights defenders, foreign media and governments, Amnesty International said.

The report describes various methods of torture used against victims, including “suspending detainees by their tied or cuffed hands or feet from hooks in the ceiling or the wall, and forcing them to hold painful stress positions for prolonged periods.”

Some detainees allegedly told the watchdog that they had their knees bent, their hands and feet tied together from behind their back and then attached to an iron bar. The method is locally called “chicken kebab.”

Iranian authorities have not responded to the allegations.