Steven Crea, second in command of New York City’s Luchese crime family, has been sentenced to life in prison for murder and racketeering, the Department of Justice announced on Thursday. 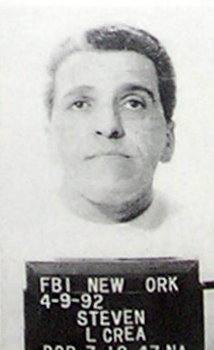 Crea was arrested in 2017 alongside more than a dozen other Luchese Family members. (Source: Wikimedia Commons)Crea, 73, and three others, including the former boss of the Luchese Family, Matthew Madonna, were found guilty of killing Michael Meldish, whose gang once worked for the Luchese and other crime families but who later ran afoul of the Luchese leadership after refusing to help them collect debts.

Crea was arrested in 2017 alongside more than a dozen other Luchese Family members.

“From 2000 to his arrest in 2017, Crea helped lead the Luchese Family, which made millions of dollars in profit from crimes committed by the Family’s members and associates in New York City, Westchester, Long Island, New Jersey, and elsewhere,“ said Acting U.S. Attorney Audrey Strauss.

Crea was inducted into the family in the 1980s and made a name for himself leading the Family’s Bronx crews. A specialist in union extortion, during the 1990’s Crea headed the Luchese Construction Group, which orchestrated corruption and labor racketeering in New York’s construction industry. The group reportedly was able to single handedly raise the price of construction in New York City by 5% due to it’s “mob tax.”

The Luchese family is one of the five branches of La Cosa Nostra, the Sicilian-American mafia in New York City. The family’s history stretches back decades, with their roots in Harlem’s street gangs in the 1920’s. They were recognized as one of the five “families” of New York City at the 1951 Havana conference, which established the so-called “Commission” that oversaw the American mafia.

“Thanks to the outstanding investigative work of the FBI and NYPD, we continue our commitment to render La Cosa Nostra a thing of the past,” Strauss said.