On Monday, a judge sent the head of one of New York’s mafia families and his two associates to prison for life for the murder of a gang member who refused to help him collect debts. 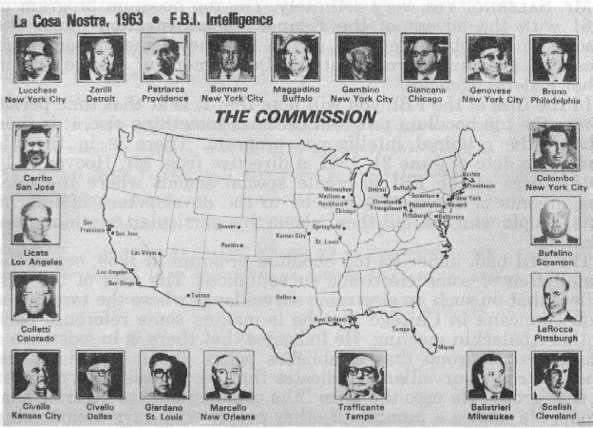 The Luchese Family traces its roots back to Harlem street gangs in the 1930's. (Source: Wikimedia Commons)Mathew Madonna, who led the Luchesse crime family, and his two associates, Christopher Londonio and Terrence Caldwell, were sentenced for the 2013 murder of Michael Meldish, according to a statement released by the US Attorney’s Office for the Southern district of New York.

“Matty Madonna, Christopher Londonio, and Terrence Caldwell – respectively, the Acting Boss, a soldier, and an associate of the Luchese Family – were responsible for the execution-style murder of Michael Meldish seven years ago,” said acting U.S. Attorney Audrey Strauss.

“Madonna ordered it, Londonio set it up, and Caldwell pulled the trigger. Now all three have been sentenced to serve the rest of their lives in federal prison,” he said.

Meldish was allegedly the leader of the East Harlem Purple Gang, a group of hitmen and heroin dealers who operated in Upper Manhattan and the Bronx in the 1970’s and 80’s. He later ran afoul of Madonna after refusing to help him collect debts.

The Luchese family is one of the five branches of La Cosa Nostra, the Sicilian-American mafia in New York City. The family’s history stretches back decades, with their roots in Harlem’s street gangs in the 1920’s. They were recognized as one of the five “families” of New York City at the 1951 Havana conference, which established the so-called “Commission” which oversaw the running of the American mafia.

Madonna, is believed to have taken over leadership of the family in 2009, long after it had expanded from it’s traditional territory in Harlem and the Bronx, and control of the trucking and clothing industries. In the 21st century the group is more known for their involvement in Illegal gambling in New York and labor racketeering.