The United States and Colombia announced a new plan to combat drug trafficking by helping the economic development of poor areas of the Latin American country which would allow the population to make money legally and turn its back to organized crime. 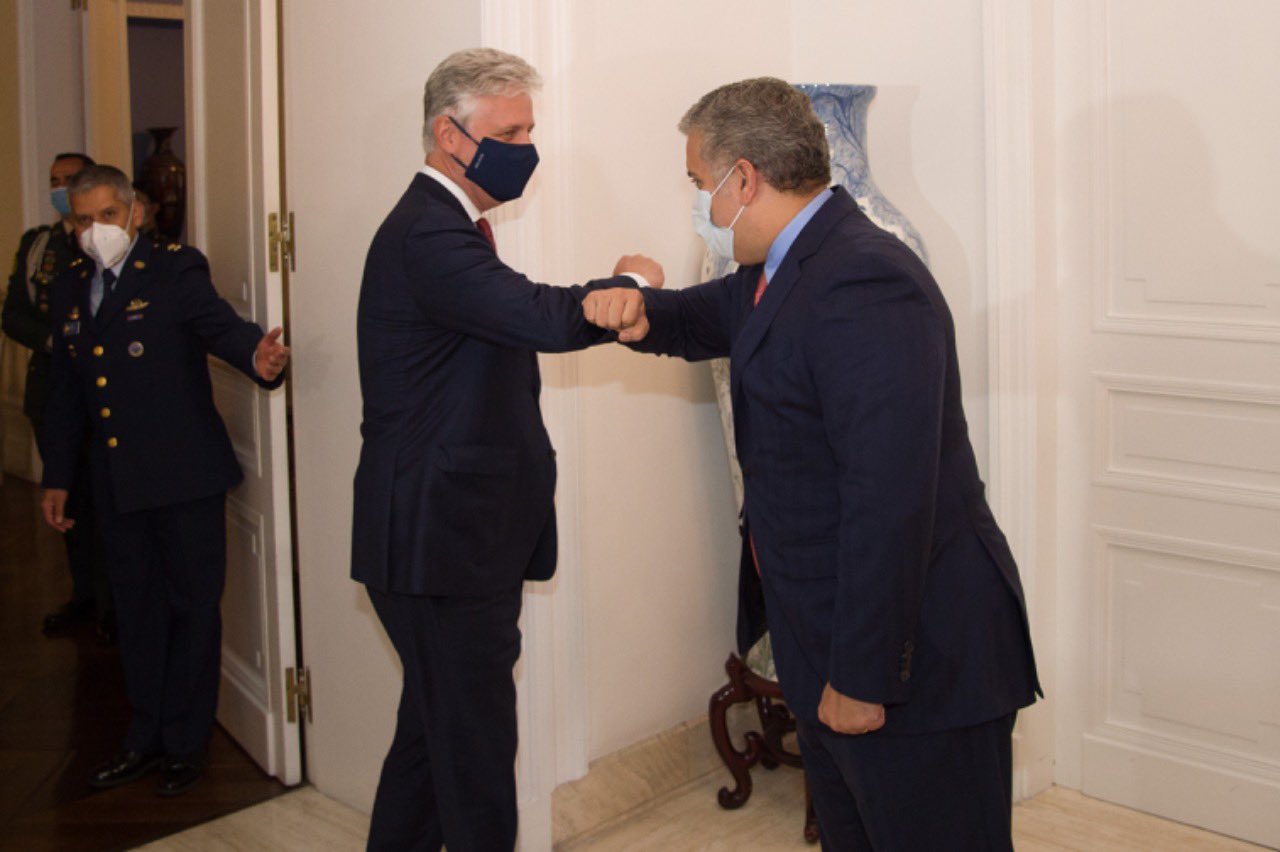 “The idea is to reach those municipalities where we have needs for tertiary roads, water and sanitation, electrification, education, and how to also generate legal alternative income for many of those families that have been threatened and that have been pressured many times by illegal armed groups,” Duque added.

“By supporting Colombia's efforts to guarantee security in the country and combat criminal organizations, some of which are transnational, we help create the conditions for economic growth in Colombia that, in turn, will benefit the people of the United States," Conseiller O'Brien said.

The U.S. National Security Council said "Colombia Growth" will leverage up to $5 billion to promote investment in rural Colombia and support combined counternarcotic efforts. The countries announced that more details would come in the next few weeks. Meanwhile, the U.S. also announced Covid and alimentary aid.

The strategy to invest in development to combat drug trafficking in Colombia is not new, an expert told OCCRP on Wednesday.

“It’s consistent with what development agencies have done in Colombia during the past 20 years,” Paul Angelo from the Council on Foreign Relations said.

“One of the key elements of Plan Colombia for the United States was to finance the spraying of herbicide to kill coca plants (from which cocaine is derived),” explained Angelo.

“It was largely successful. It resulted in reduced coca cultivation, until it was discovered that the chemical used caused cancer and the country’s constitutional court banned its use,” he said.
With the 2016 peace deal with the rebel group FARC, which relied partly on drug trafficking to fund its guerilla, violence levels reached an all time low in decades.

Since the sprayings stopped, and despite Duque aggressive manual eradication program, the coca cultivation, and thus the violence, have exploded again.

The United Nations have recently expressed deep concerns about the rise of violence in Colombia. So far this year, the Office of the UN High Commissioner for Human Rights has documented 33 massacres and at least 45 homicides of Human Rights defenders.

Colombia is also the main point of transit for Venezuelan drugs, which Angelo describes as “the financing line of Maduro’s regime.”

The expert fears that this could make it hard to convince the American private sector to invest into the Colombian countryside, which could drive the U.S. to reduce the aid.