Some 50 million masks the U.K. purchased as part of a US$326 million contract will not be used by the NHS due to fears of defects, a non-profit organization said. 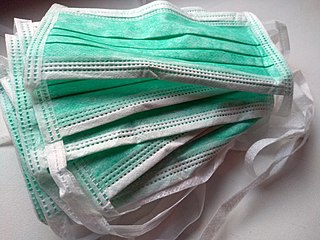 The Good Law Project has along with another NGO, EveryDoctor, asked the court to review the contract between the British government and provider Ayanda Capital Limited, which they described as “a ‘family office’ owned through a tax haven in Mauritius.”

The company has ties to Liz Truss, the British Secretary of State for International Trade and prominent member of the Conservative Party.

This prompted Labour to request more details about the purchase.

In a letter to Truss, shadow international trade minister Bill Esterson requested more information about the deal which he said was brokered by Truss’ advisor Andrew Mills.

The Good Law project calculated that the government paid between $204 million and $231 million for the unusable masks.

The NGO said is has deep dived into the contract and “the more we scratch the surface of the PPE fiasco, the more shocking details emerge.”

Government contracts for backers of the ruling party seems to be nothing new in the U.K. these days however. The Sunday Times recently reported that several significant contracts went to major donors and allies.

Those include seven contracts worth some $84 million to Meller designs, run by David Meller who donated thousands to Tory campaigns.