Reaffirming its commitment to combating corruption in Venezuela, the U.S. administration decided on Tuesday to sanction two former Venezuelan officials for their alleged involvement in a number of crimes they profited from at the costs of the Venezuelan people. 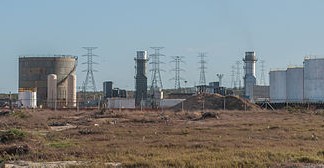 “They have been designated for accepting monetary benefits, including bribes and kickbacks, in exchange for awarding lucrative supply equipment contracts for Venezuela’s state-owned electricity company, Corpoelec, and for misappropriating public funds for their own self-enrichment,” Pompeo said in a statement.

The U.S. Treasury Department has already sanctioned Motta and Lugo in June 2019, describing them as “officials of the illegitimate Maduro regime involved in rampant corruption,” and freezing their assets in the U.S.

At the same time, the Justice Department indicted the two men for their alleged “roles in laundering the proceeds of violations of the Foreign Corrupt Practices Act (FCPA) in connection with their alleged receipt of bribes to award Corpoelec business to U.S.-based companies.”

“Once the Secretary of State designates officials of foreign governments, along with their immediate family members, for their involvement, directly or indirectly, in significant corruption, those individuals are indefinitely ineligible for entry into the U.S.,” the statement explained.

The U.S. administration last week also offered US$5 million for information that would lead to the arrest and conviction of the current Chief Justice of the Venezuelan Supreme Court, Maikel Jose Moreno Perez, whom Washington has accused of corruption and money laundering.

Venezuela’s Foreign Minister Jorge Arreaza rejected the U.S. move against his former colleagues, describing Pompeo as a hypocrite who “obstructs corruption investigations and audits of his own tenure, but presents himself as the anti-corruption champion in all other countries.”

Besides announcing measures against former officials of the Venezuelan President Nicolás Maduro, Pompeo reiterated that the U.S. “continues to stand with Interim President Juan Guaido, the democratically elected National Assembly, and the people of Venezuela in their fight against corruption and for the peaceful restoration of democracy and economic stability.”