The High Court of Kuala Lumpur sentenced on Tuesday Malaysia’s former prime minister to 12 years in jail and a 210 million ringgit (US$49,4 million) fine in the first of a series of trials over his role in a multi-billion dollar corruption case, the state-owned Bernama news agency reported. 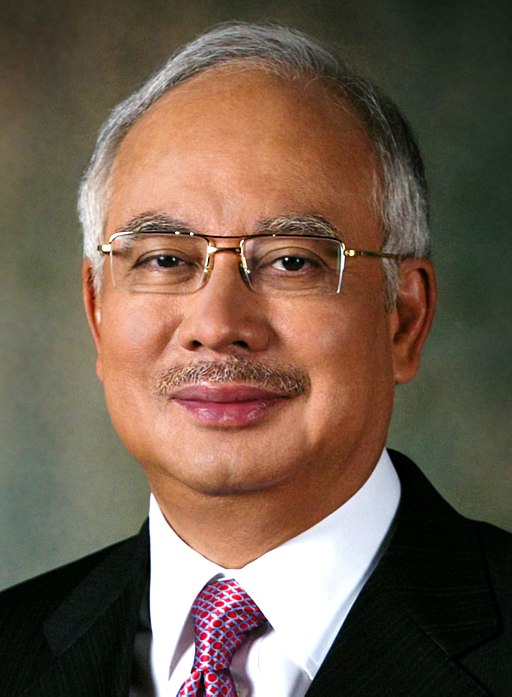 Najib Razak in 2008. (Photo: Malaysian Government, CC BY-SA 3.0)The court found Najib Razak, 67, guilty on all seven charges of criminal breach of trust, money laundering and abuse of office in the 1Malaysia Development Berhad, 1MDB, case that saw an estimated US$4.5 billion stolen from the state-owned development fund.

Razak was part of the elaborate scheme that involved top officials in the fund as well as Goldman Sachs, which a few days ago agreed to pay $3.9 billion to settle Malaysia’s probe over its role in the scandal.

Tuesday’s ruling concluded the first trial involving the misappropriation of nearly $9.9 million from SRC International, a subsidiary of 1MDB, between 2011 and 2015.

Razak is facing another four over the alleged embezzlement of nearly $1 billion from the fund to sustain a luxurious lifestyle that included hundreds of designer handbags and pink diamond necklaces for his wife.

The cumulation of the seven sentences amounted to 72 years of jail, but Judge Mohamed Nazlan Mohamed Ghazali ordered for all jail sentences to run concurrently. Razak could serve an additional five-year jail term if he fails to pay the fine.

The judge reportedly said he had “taken into account all the mitigating factors, including the contribution of the accused to the country,” when announcing the ruling, as supporters from Razak’s party had gathered outside the courthouse.

The court also granted the former head of state a stay of execution until the result of the demand for appeal his defence said it will make, meaning he will remain free on bail, having to report to a police station twice a month.

According to the New Straits Times, Razak, who pleaded not-guilty, again swore he was innocent.

Razak’s defence was based on the claim that he was misled by fugitive financier and alleged mastermind Jho Low and other officials into believing that the deposits in his accounts were donations from a Saudi prince.

The judge ruled that Razak knew of the transactions and failed to report wrongdoings. He added that pointing fingers at Jho Low and others did not absolve him of blame. He further called illogical the assertion that Razak did not manage his own accounts, as the accused had been issuing cheques.

After being ousted in the 2018 elections amid the 1MDB scandal, Razak’s party is back in power as a part of the ruling alliance. The former prime minister’s trial has been seen as a decisive test of the new government’s commitment to fight corruption.

In May, money-laundering charges against another main actor of the 1MDB scandal were dropped. Riza Aziz, Razak’s stepson and the producer of the movie “The Wolf of Wall Street” agreed to return $108 million to the public treasury and said he was willing to testify against his stepfather.