Customs officials in the US have detained a shipment of suspected forced labour products possibly made with hair taken from Muslims detained in China’s notorious prison camps. 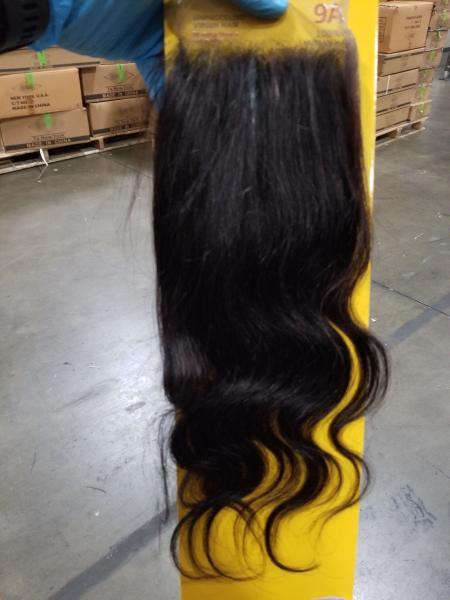 US customs officials seized a shipment of products believed to have been made from human hair taken from Muslim detainees in Chinese prison camps (Photo: CBP)Customs and Border Protection (CBP) at the port of New York said on Wednesday that officers had seized 13 tons of hair products worth over US$800,000, shipped into the country by Lop County Meixin Product Co.

Among the items were products and accessories suspected of being made out of human hair and originating in Xinjiang, China.

The region is home to roughly 11 million Uyghurs, a Muslim Turkic ethnic minority that has in recent years endured internationally-decried religious persecution at the hands the country’s government. Reported abuses include forced detention, sterilisation, slavery, torture, sexual abuse and execution.

The origin of the products in this region raises concerns about the possibility that they may have been produced as the result of such human rights abuses against the Uyghur population.

Authorities detained the shipment in accordance with a Withhold Release Order against Lop County Meixin Product Co., the second against a Chinese company this year, which allows for the seizure of goods “based on information that reasonably suggests they are manufactured with the use of prison labor.”

“The production of these goods constitutes a very serious human rights violation, and the detention order is intended to send a clear and direct message to all entities seeking to do business with the United States that illicit and inhumane practices will not be tolerated in U.S. supply chains,” Brenda Smith, Executive Assistant Commissioner of the CBP, said in a statement.

In 2019, the US Department of State estimated that more than one million Chinese Muslims had been detained in government-run “re-education” camps throughout Xinjiang.

China initially denied the existence of such facilities, later claiming they were voluntary vocational training centres necessary for the prevention of religious extremism and terrorism in the country.

Former detainees told CNN earlier in June how they had forcibly undergone political indoctrination during their internment, suffering abuse that included food and sleep deprivation as well as forced injections.

The use of high-security detention centres has been accompanied by an increase in mass surveillance throughout the region, with the confiscation of passports and the installation of cameras that utilise cutting-edge facial recognition technology in order to limit and monitor movement among the Muslim population.

Most recently, reports have indicated that some of those detained in Xinjiang's camps are now being moved on to work at factories in other provinces, through forced participation in government-administered labour transfer programs.

The Australian Strategic Policy Institute has identified 27 factories in at least nine provinces across the country that have been using Uyghur labour transferred from Xinjiang since 2017, many of which claim to be part of the supply chain for 83 well-known global brands.

US President Donald Trump has recently come under fire for his handling of China’s human rights abuses against the country’s Muslim population.

According to a much-anticipated book by John Bolton, a former national security adviser who resigned in 2019 amid increasing acrimony between himself and the US president, Trump told Chinese president Xi Jinping in 2019 that he should “go ahead with building the camps,” as this was “exactly the right thing to do,” as reported by The Wall Street Journal.