Montenegro Throws Five Tons of Seized Drugs into a Furnace

Thick and dark grey smoke was pouring out of the chimney of the local furniture factory ‘Javorak’ in the western Montenegrin town of Nikšić on Monday, as the country’s anti-narcotics authorities burned about five tons of drugs in the factory’s furnace. 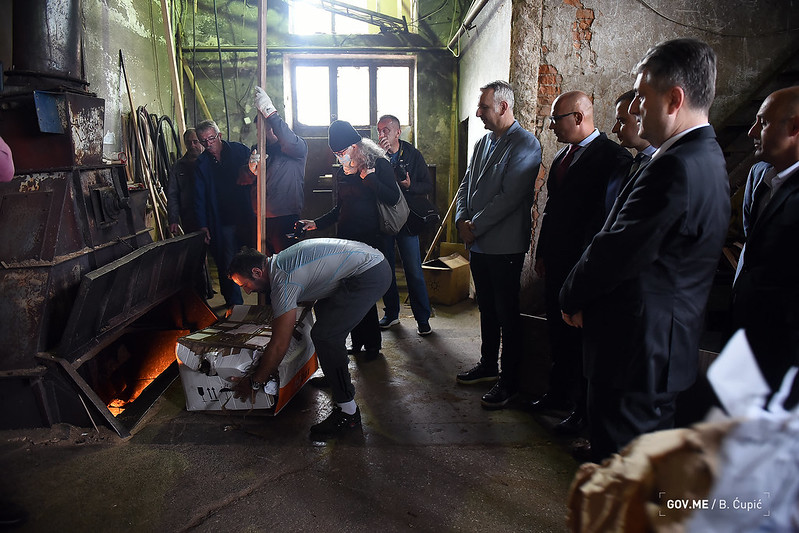 The narcotics were seized in different police operations in Montenegro over the last couple of months, the Interior Ministry said in a statement.

Interior Minister Mevludin Nuhodžić, who attended the drug burning, said that the police “continues its activities to apprehend drug dealers and banish drugs from streets.”

The Minister said that police is intensively cooperating with regional, European and agencies from all over the world in fighting international drug-smuggling.

“Thanks to information exchange between the Montenegrin police and international partners, some 30 tons of cocaine and 20 tons of hashish were seized at transatlantic ships in the last three years,” Nuhodžić said.

Those actions were a strong hit to the organized criminal groups involved in drug smuggling, he added.

Two Montenegrin criminal groups have been among the key players in the Balkans cocaine wars, as the OCCRP/KRIK/MANS reported in May.

The gangs from Montenegro are globally known as Kavač and Škaljari clans. Both originate from the Adriatic coast town of Kotor and their members used to smuggle cocaine from South America into Europe together but split over a bad deal in 2014. 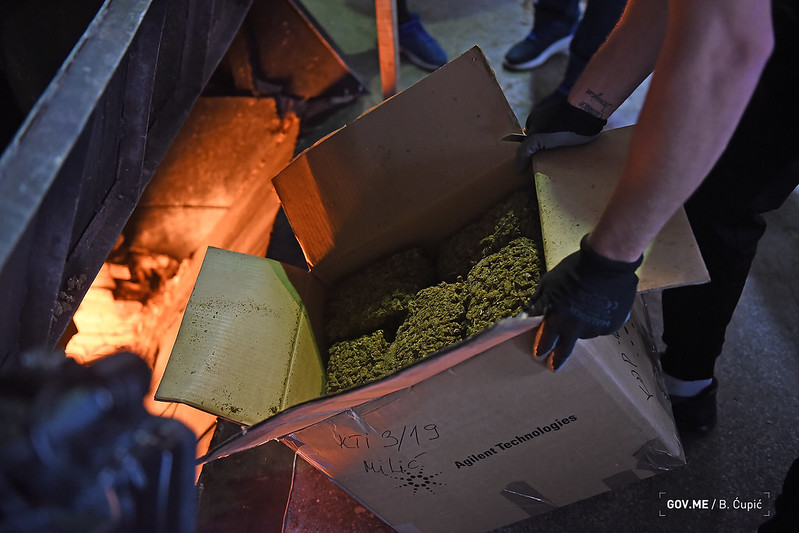 Narcotics remain the top threat to Montenegrin security, and destruction of the seized drugs is just one way of fighting it, according to police minister Nuhodžić.

“Our most important task is to protect our children and youth from this plague,” he said and stressed again that police are determined to fight that plague.

Just a day after the minister said this, police announced they arrested a man and seized in his Nikšić apartment about 30 kilograms of marijuana, an automatic rifle, a machine gun and two rounds of ammunition.