Most criminal groups in Canada are operating in British-Columbia, the province that plays a key role in laundering dirty money coming from all over the country, crime experts said during a public inquiry hearing last week. 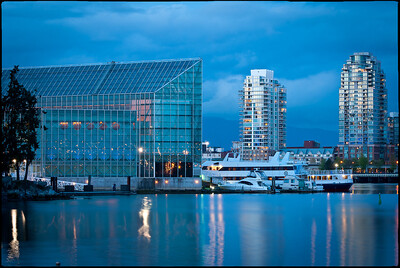 A casino on Vancouver's sea front. (Photo: Mike McHolm, CC BY-ND 2.0)The director of the The Criminal Intelligence Service of Canada (CISC), Rob Gilchrist, testified virtually on June 9 in front of the Cullen Commission, a public inquiry into the problem of money laundering in the Pacific coast province of British-Columbia.

He said that at least 176 different Canadian criminal organizations were believed to be involved in money laundering activities, with many of the big ones operating in British-Columbia.

According to a 2019 CISC report on organized crime in Canada, which has been seen by OCCRP,  the most common way to launder money was through various private businesses such as restaurants and bars, automotive and construction firms, as well as clandestine money services.

Casinos and gambling came third, while money-laundering through real-estate, though widely reported, only accounted for seven percent.

The province’s money launderers are well connected and are “providing laundering services for domestic and international drug traffickers.” They have “extensive ties to South East Asia, and are potentially associated with the Chinese Triads,” the report said.

It appeared in the hearing that British-Columbia also has more criminal organisations considered to pose a high risk than other provinces.

Ten of the 14 groups the CISC assessed as “national high level treats” are ”linked in one way or another to British-Columbia,” its director confirmed.

Gilchrist explained that groups are considered high-threat when they have international networks, engage in multiple criminal markets, resort to violence and are associated with a number of other organized crime groups.

He relativized that number, explaining that British-Columbia geographical location - on the Mexico-Los Angeles-Canada corridor and across the Pacific from source countries like China - on top of extensive international flights and large ports, made it a point of entry for drugs for the rest of the country.

“British-Columbia is a gateway for organized crime groups providing illicit drugs to western and central Canada,” he said.

The province’s criminal organizations are also especially active in methamphetamine networks, importing chemicals from China or the Mexican cartels.

According to the CISC report, at least 1,850 organized crime groups are operating in Canada.