Canada’s financial watchdog found that many real-estate companies are violating money laundering rules as they are neither checking the identities of their clients, nor are they reporting large cash deals to the government. 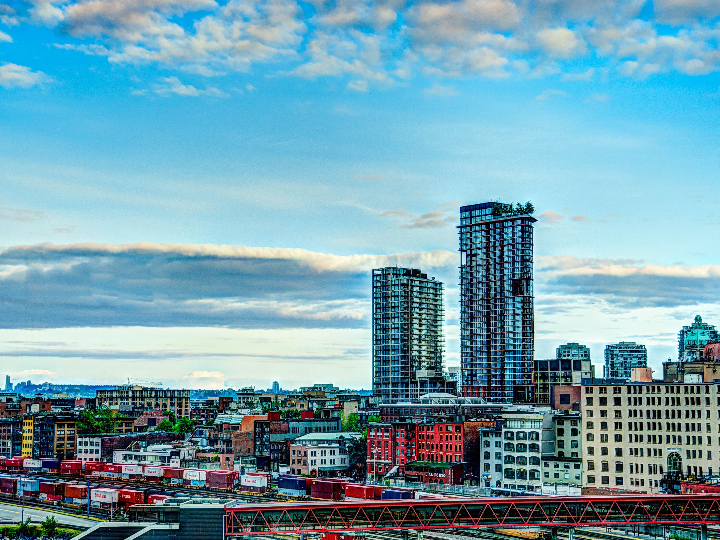 Buildings in Vancouver (Photo:Peakpx, Creative Commons)The OCCRP obtained the 2017-2018 assessment of the Financial Transactions and Reports Analysis Centre of Canada (FinTRAC) that was just handed to the Finance Minister Bill Morneau.

FinTRAC audited 500 companies but “due to sector-wide vulnerabilities to money laundering,” 172 of them were real-estate developers, brokers and sales representatives.

At half of the targeted companies, real estate agents were not trained properly to detect money laundering and to verify their clients identities.

“There is still a misunderstanding across the sector as to how the real estate sector can be used for money-laundering and terrorism financing” noticed the report.

“We know that in Canada real estate is extensively exploited for the purpose of money laundering,” explained former FinTRAC intelligence officer Matt McGuire to Global News - the outlet that first acquired the report..

“So it’s important that this first line of defense, the people that actually interacted with those buying or selling properties, pay attention to potential indicators that there might be crime behind,” he said.

As banking, insurance industry and casinos, real-estate companies are required to confirm the client’s identity and report cash deals and other suspicious transactions.

The FinTRAC report acknowledged that the real-estate sector “still has one of the lowest reporting levels,” despite having improved the most in anti-money laundering compliance since the last audit.

In 2019, an expert panel estimated that 5,3 billion dollars (US$ 4 billion) were laundered through real-estate in Canada in 2018.

According to the FinTRAC report, money laundering through real estate occurs mainly in cities like Vancouver, Toronto and Montreal, which drove prices of properties up.

It will implement an ownership registry starting May 2020 and make it mandatory for real estate agents to take an anti-money laundering course - a first in Canada. The province hopes it will prevent the use of trusts, corporations or partnerships to hide transactions from public view.

The Canadian government launched on February 13th a public discussion on creating a similar publicly accessible national ownership registry. It also increased the FinTRAC budget in 2019.

FinTRAC told OCCRP it was working along with entities from the real-estate sector to fix the deficiencies and to better manage the money laundering risks.

“This offensive is sending a strong message to the sector and to people who might seek to exploit it that we all are determined to protect Canadian people and economy,” said spokesperson for FinTRAC, Erica Constant.