As a key part of an anti-money laundering initiative in 2016, the U.K. started requiring all British firms to publish information on who owns them, but a new report published on Saturday by openDemocracy shows that nearly 400,000 U.K. companies don’t know or won’t say who that is. 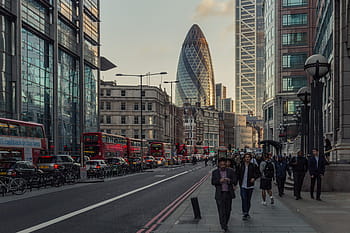 Despite adopting strong transparency measures to identify the true owner of companies registered in the U.K., a new report shows that many firms have not complied. (Photo: Pxfuel, License)Roughly ten percent of all companies in the country cannot or will not identify its beneficial owner and rely on legal loopholes to avoid disclosing this information. Experts say that this has perpetuated illicit financial activity such as corruption and tax evasion.

The U.K. has been viewed as one of the global standard setters for publishing free, searchable information on the beneficial ownership of it’s companies, which it makes accessible on a government webpage called Companies House.

However, openDemocracy reveals yet another way in which companies have side-stepped requirements for British corporate entities to publish information on individuals who own 25 percent or more of the company – known as a “person of significant control”.

“The 25 percent threshold means that vast numbers of companies are able to leave their beneficiaries unidentified, without explanation, and perfectly legally. Other companies illegally ignore the requirements, or say they cannot comply with them,” the report says.

Steve Day, Technical Lead for OpenOwnership explained to OCCRP that in some cases, there may be legitimate reasons for why companies cannot list a beneficial owner given the 25% threshold, but what was more concerning is that “the additional 19,000 companies did not make any declaration at all and have no beneficial owner,” which violates U.K. company law.

OpenOwnership is an organization that works with countries around the world to publish quality beneficial ownership information that can be used by journalists and others to ensure public oversight.

Day explained that while the U.K. remains a “global leader in terms of publishing beneficial ownership data for public use, gaps remain.”

Tina Mlinaric, a campaigner at Global Witness, reaffirmed this concern to openDemocracy, stating that while the U.K.’s beneficial ownership register has helped to combat some cases of money laundering, there are still shortcomings in its reporting requirements.

“...In some cases criminals and the corrupt have still been able to avoid filling or, in some cases having been filing inaccurate information, that ultimately still hides company ownership,” she said.

These most recent findings accompany other deficiencies that have been previously discovered regarding the U.K.’s beneficial ownership reporting requirements.

Mlinaric’s organization, Global Witness, previously uncovered that 4,000 beneficial owners listed in the U.K. registry were under the age of two.

“While technically entrepreneurial toddlers can be listed as beneficial owners, it seems impossible that they could be exercising effective control over the company right now,” they said.

Additionally, it found that five beneficial owners controlled over 6,000 companies, which, it argued, raises the question whether some of the listed owners might simply be people who are being registered in place of the real owners.

In an article in the Guardian, Oliver Bullough, a journalist who has frequently reported on offshore finance and tax havens, explains why the U.K. continues to attract so many millions from abroad, often from illicit sources.

Aside from the fact that the U.K. remains one of the easiest places in the world to register a company – it costs 12 pounds and takes 24 hours – the U.K.’s purported transparency requirements may not be as rigid as they may initially appear, he explains.

“Here is the secret: no one checks the accuracy of the information you provide when you register with Companies House. You can say pretty much anything and Companies House will accept it,” he wrote.