Uruguay and Chile are the two Latin American countries most capable of combating corruption according to the newly published Capacity to Combat Corruption (CCC) Index which placed Bolivia and Venezuela at the bottom of the list. 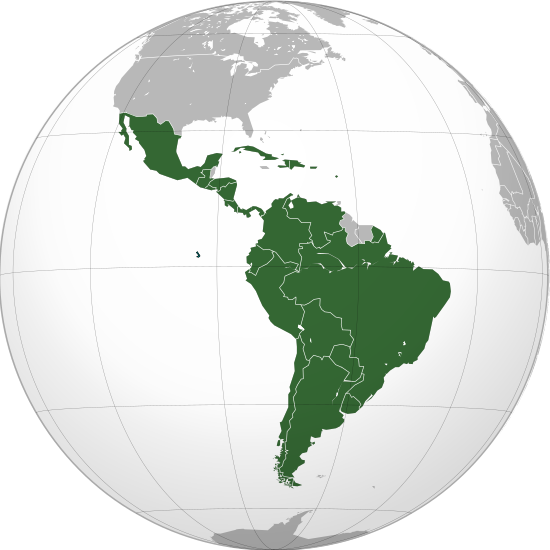 Uruguay Scored 1.21 points above the next runner up, Chile, CCC index's scale. (Source: Wikimedia Commons)The Index was put together jointly by the Americas Society/Council of the Americas (AS/COA) and the global risk and strategic consulting firm Control Risks after they examined 15 nations in Central and South America as well as the Dominacan Republic in the Carribean.

The countries were gauged by their legal capacity to fight corruption, the strength of their democratic and political institutions and finally the ability of non-governmental civil institutions, such as the press and investigative media, to instigate change.

Though corruption has long plagued Latin America, the group only began publishing the CCC index in 2015 in response to an upswell in anti-corruption efforts across the region.

“These major investigations emerged at the same time not by coincidence, but because they were the result of common, deep and systemic changes. Key Latin American countries developed an environment conducive, for the first time, to better tackle corruption,” Simon and Aalbers said in their publication.

However, the two fear that the trend may be coming to a premature end, spurred on by the COVID-19 pandemic.

“Latin America started to experience enforcement fatigue. Attention shifted to economic issues and social rights, which were at the forefront of massive protests in several countries in late 2019,” they said.

“Having voted a large number of self-declared anti-corruption crusaders into government offices, many Latin Americans also felt ready to move on to focus on other priorities. And then the pandemic hit,” they explained.

Uruguay, beat out the rest of the region by a significant margin in all categories. Overall the South American nation scored 7.78 points out of ten, followed by runner-up Chile with 6.57.

“The reasons for Uruguay’s success range from strong enforcement mechanisms across the public sector and well established democratic institutions to an active civil society and a vigilant press,” the CCC Index said.

“Also, the country’s size and higher level of development represent unique advantages compared to its Latin American peers,” it stated.

Uruguay particularly stood out in terms of it’s legal capacity to tackle corruption, with the highest score in all subcategories. While the country has historically been a hub for money laundering, since 2018 the state has worked on bolstering it’s anti-money laundering apparatus.

In contrast, the lowest performing country on the list is Venezuela which, with an overall score of 1.52, kept a similar distance from next lowest, Bolivia, as Uruguay from runner-up Chile.

“Venezuela remains the exception in the CCC Index for the second year, isolated at the bottom of the ranking and lagging far behind the rest of the region in most of the variables analyzed,” the Index stated.

“More importantly, the situation continues to deteriorate. Without any real prospects of a democratic transition and amid the further erosion of government institutions, the Venezuelan overall score dropped by 11% since last year,” it declared.

The report specified that it was judging the “de facto Nicolás Maduro regime, not the National Assembly-led de jure interim government.”

The instability and unclear authority of the Maduro regime haven’t helped things and the reasons for the failures are well known.

“As a kleptocracy and dictatorship, Venezuela had a disastrous performance in the Legal Capacity and Democracy and Political Institutions sub-categories. CCC Index data indicates that an already precarious situation in areas like government transparency or the independence and resources of law enforcement agencies has further worsened since 2019,” the report stated.