A day after her trial over an unpaid loan started in Moscow, the French far-right party of Marine Le Pen reached an agreement with its Russian creditor, the Moscow arbitration tribunal confirmed on Wednesday. 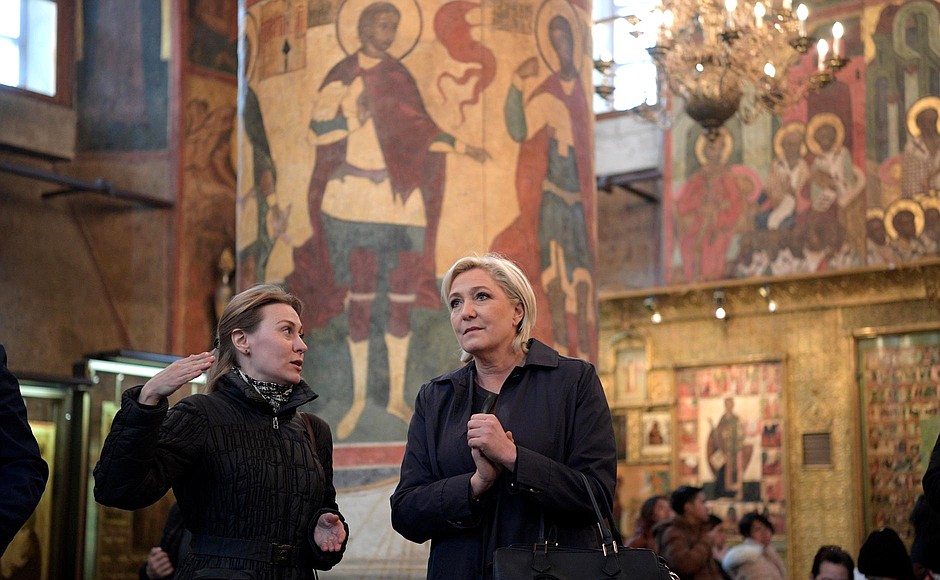 Marine Le Pen visiting the Kremlin in 2017, at the invitation of Russian parliamentarians. (Photo: Kremlin.ru).The "settlement agreement" had been "approved by the judge," a spokesperson for the court told AFP.

It’s a good news for the financially struggling French far-right National Rally, who was represented in court only by its lawyer due to the coronavirus border closure, according to Russia Today.

Russian company Aviazapchast had pressed charges against Le Pen’s party to recover a US$10.3 million loan it took from the First Czech-Russian Bank in 2014 to finance its pre-election campaign.

At the time, the loan added to the controversy of Le Pen’s sympathy for Russia after she had expressed support for Crimean separatists and praised Russian President Vladimir Putin.

The owner of the First Czech-Russian Bank had previously worked for Gennady Timchenko, one of Vladimir Putin's billionaire friends.

The choice of the bank was seen as an illustration of Russia’s attempt to meddle in French politics, but the National Rally said it was forced to take the loan in Russia in order to get financial equity in the upcoming campaign after being rejected by European and American banks.

The title for the loan was passed on after the First Czech-Russian Bank lost its license in 2016.

It ended up in the hands of aeronautical supplier Aviazapchast, a controversial firm said to be tied to Russian intelligence and doing business with the Syrian Ministry of Defense, according to  a 2018 report by the U.S.-based German Marshall Fund.

On the due date of September 2019, the loan still hadn’t been repaid and had risen with the interests to US$12.1 million. Aviazapchast initiated legal proceedings against the RN in December.

According to the AFP, the National Rally is already racked with debt in France. It owes $ 4,7 million to the further-right party of Marine Le Pen’s father, Jean-Marie Le Pen, and is awaiting a court decision in the next weeks regarding $13 million claimed by the French state over the funding of the party’s 2012 legislative election campaign.