Australian Police Busts a Gang Operating Within its Own Ranks

The Australian Federal Police (AFP) allegedly busted a “mafia-style” gang which operated within their own ranks and was made of senior officials of the Protective Service who defrauded the police and the army of thousands of dollars. 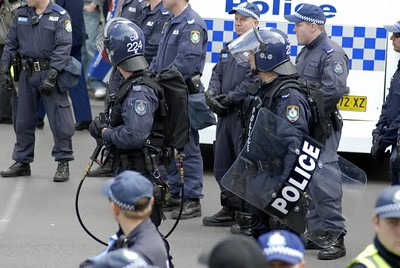 Several officials of the AFP would be involved in the fraud scheme. (Photo: Flikr, CC BY 2.0)According to media, officers siphoned off Australian Defence Force-funded assets for their personal use, including a series of pricey cars, and committed major credit card fraud, among other crimes.

The Daily Mail reported that a strong Omerta similar to the one in place among members of the Italians mafias kept the gang activities secret during the past decade. The ruling clique allegedly threatened to “destroy” colleagues’ lives if they spoke out and blackmailed them with “dirt files” on them.

A spokesperson told OCCRP that police could not comment on specific investigations but that “the AFP takes any allegations of criminal and serious misconduct very seriously.”

“The AFP Professional Standards oversees and investigates complaints about the conduct of AFP appointees which may raise a breach of the AFP Code of Conduct, or which may result in the referral of criminal charges,” the email said.

Sources told the Daily Telegraph that four Federal Police officials have been suspended and that many others are under investigation.