PM of One of Bosnia’s Regions Detained over Ventilator Procurement

Bosnia’s police detained late Thursday Fadil Novalić, the prime minister of one of Bosnia’s two semi-autonomous regions, for his alleged involvement in the procurement of inadequate ventilators during the COVID-19 pandemic. 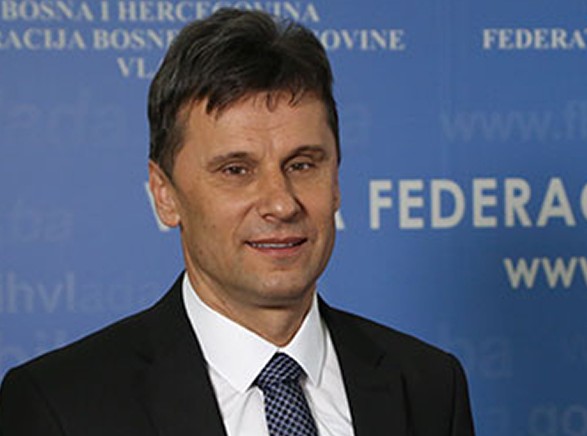 The three are allegeldy suspected of association for the purpose of committing criminal acts, abuse of position and money laundering and will be handed over to the State Prosecutor Office, which is to decide whether it will press charges against the suspects.

The country’s judiciary and law enforcement agencies are trying to find out why the government of the region, called Federation of Bosnia and Herzegovina, has granted a 10.5 million Convertible Marks (US$5.83 million) to the Civil Protection, then headed by Solak, to purchase 100 ventilators from China through Hodžić’s raspberry farm that had never before dealt with any medical equipment.

The relevant agency that issues licences to firms to import medical equipment, issued one to Srebrena Malina days after the Civil Protection already signed the contract with the firm and after most of the ventilators had arrived in Bosnia.

Bosnian journalists revealed the scheme a month ago, prompting public uproar and law enforcement agencies to investigate the case.

The next shock came when the ventilators arrived at the Sarajevo airport and when journalists checked what kind of machines had actually been bought. Experts later confirmed media speculations that the ventilators were useless in the fight against the coronavirus.

“SIPA decided to check the case in accordance with Bosnia and Herzegovina’s Law on Prevention of Money Laundering and Terrorist Activities, following numerous media reports questioning the dubious purchase,” the spokesman for the State Investigation and Protection Agency, SIPA, Luka Miladinović told OCCRP back then.

The probe so far did not reveal whether any medical experts had recommended or approved the type of ventilators before they were purchased.

SIPA said its investigators have recently searched a number of governmental institutions, the Sarajevo University Clinic, as well as the “Srebrena Malina” offices, and “collected extensive documentation,” following the order by the Office of the Bosnia and Herzegovina’s Prosecutor.

The law enforcement agencies have also searched the region’s government offices, including Prime Minister Novalić’s office, as well as the Civil Protection premises. SIPA earlier also seized the mobile phones of the suspects, as well as those belonging to Novalić’s associates.

The Chinese respirators, for which experts said cannot be used in intensive care units but only in ambulance cars, may be fatal for the region’s government, which works in a technical mandate since the new government of the Federation of Bosnia and Herzegovina was not formed after the 2018 general elections, due to political spat in the entity.

Officials of the country’s main Bosniak party Novalić belongs to, slammed his detention, claiming it was part of a systematic attack against the ethnic group he belongs to and the Party of Democratic Action that represents the Bosniaks.