Organized criminal activity like kidnapping and armed robbery has “exploded” in northern Nigeria, amid resurging jihadist activity and a deadly conflict between the country’s cattle herders and farmers. 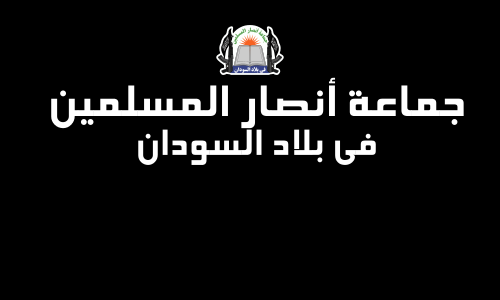 The deteriorating security of Nigeria’s northern states amid increasing organised criminal activity has seen the resurgence of Ansaru, an offshoot of Boko Haram (Photo: ArnoldPlaton, CC SA-BY 3.0)The ongoing, multi-faceted conflict between ethnic Hausa farmers and Fulani herders, fuelled by competition over scarce land and water resources, has given rise to large numbers of armed groups seeking to protect their respective interests.

Amid the resulting increase in the trade for weapons, and with impoverished members of both ethnic groups looking to support themselves via other means, organized criminal syndicates have increased their operations within northern Nigeria’s lawless forest areas, mainly in the states of Zamfara, Kaduna, Katsina, Sokoto and Kebbi.

“They’re a mix of different ethnicities — some are Fulani, some Hausa, some are smaller ethnic groups, and for some, even, membership is mixed,” Nnamdi Obasi, senior adviser on Nigeria for the International Crisis Group, told OCCRP on Friday.

“People say the Fulani may be more involved in cattle rustling as they have this pastoral history — the crime obviously requires an understanding of how to move herds across long distances. This was probably the earliest and most pronounced form of illegal activity in the region, but as time went on, some of the gangs found it too cumbersome, and that kidnapping was far more lucrative,” he added.

Beyond cattle rustling and kidnapping for ransom — with more than 3,600 taken hostage in the last eight years and more than 3 billion naira (US$7.6 million) paid out in Zamfara state alone — the report also explains that miners and traders in the region’s gold mining sector have proven particular targets for armed robbery, and that pillaging is commonplace.

“Apart from abducting individuals in rural communities, these groups often also ambush travellers on highways, killing those who resist or whose families fail to meet their demands,” the ICG said in a report issued last week.

“They also raid and pillage villages, razing houses, burning down barns, and abducting and raping women. In some cases, they write letters to village heads demanding that residents pool money and pay them to be spared deadly attacks, or impose tolls on farmers as a condition for gaining access to their fields,” it adds.

The organization also asserts that efforts to mobilise an effective response to the growing violence have repeatedly met with resistance from the country’s government.

"Authorities in the northwestern states where the criminal groups are most active have been trying to push the narrative that they’ve made peace with the region's armed groups since 2019, and so are somewhat reluctant to admit that criminal violence is still fuelling a growing humanitarian challenge in the region,” Obasi said.

ICG is demanding increased cooperation with neighboring Niger in order to stem the violence, as well as calling on international organisations to further help by providing humanitarian aid to the population.

“The porous nature of the border creates easy opportunities for bandits and jihadis to cross between the two countries. Clearly there is a need for Nigeria and Niger to cooperate much more closely in order to combat illegal activity in the region,” he said, adding that the violence is having a “crippling” effect on local economies, with traders increasingly afraid to travel into the region, leaving “farmers even poorer than they were before."

Since 2011, the conflict in northern Nigeria has claimed 8,000 lives and displaced more than 200,000 people, with around 60,000 fleeing into neighbouring Niger — over a third of whom arrived within the last month alone.

“Part of the challenge to mobilising an effective humanitarian response is also the fact that there are no official camps, and there has been no real mapping of internal movement. A lot of those who flee tend to set up within other communities where they have family or business contacts, and the lack of large-scale settlements tends to disguise the scale of displacement,” Obasi told OCCRP.

The International Crisis Group says that despite there being no reliable figures on how many armed actors may be operating in the region, some authorities estimate the number may stand in excess of 10,000.

The organization further warns that as security deteriorates amid escalating gang activity, “the region has steadily come under the renewed influence of jihadist groups.”

In particular, security forces in Nigeria have seen the resurgence of Ansaru, a militant Islamic extremist group that broke away from Boko Haram in 2012 and was thought by 2016 to have been largely defeated.

Ansaru, alongside the Islamic State West Africa Province, another splinter group from within the movement, are reportedly making inroads in the region by forging links with gangs, herder- and farmer-affiliated groups, and victimised communities seeking to protect themselves from further attack.