One of the world’s most persecuted journalists welcomed on Thursday a ruling of the German constitutional court which declared the surveillance of telecommunications of non-Germans outside of Germany to be illegal, but questioned the deadline the court has given authorities to change the law. 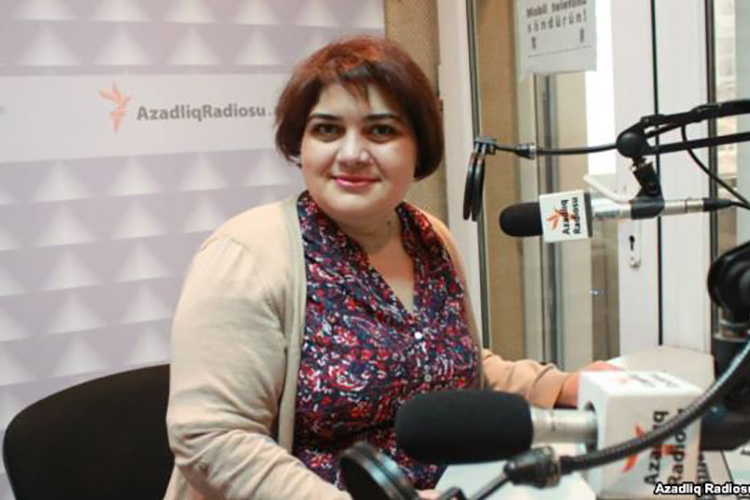 Khadija Ismayilova was sentenced to 7.5 years in jail by an Azeri court in 2015. After a successful appeal she was released having spent 537 days in jail. Judges of the Bundesverfassungsgericht, or Federal Constitutional Court declared on Tuesday that the 2017 amendment to the Federal Intelligence Services’ (BND) Act was violating the fundamental right to privacy and freedom of the press and that the law has to be harmonized with the country’s constitution by the end of 2021.

“The ruling, the most far-reaching in this field in the past 20 years, sends an important signal for the protection of press freedom in the digital age,” said a statement by Reporters Without Borders, which along with other NGOs, media organizations and journalists took the issue to the Karlsruhe-based court.

“The Federal Constitutional Court has once again underlined the importance of press freedom,”  said Christian Mihr, Executive Director of RSF Germany. “We are delighted that Karlsruhe is putting a stop to the escalating surveillance practices of the Federal Intelligence Service abroad,” Mihr added.

The plaintiffs, including Azeri investigative reporter Khadija Ismayilova, feared that the provision could jeopardize the lives of foreign journalists working under authoritarian regimes and in war zones, as the BND was allowed to share intelligence with less democratic countries.

Ismayilova was arrested by Azerbaijani authorities in December 2014 and sentenced to 7.5 years in prison in September 2015. After a successful appeal to the country's Supreme Court in 2016 she was released, having spent 537 days in jail.

However, her passport was taken, her bank accounts frozen and she was not allowed to work. Ismayilova claimed she was under surveillance and that her internet, even electricity at home, were disconnected if she would communicate with people or institutions abroad.

“Societies need to be able to keep governments accountable and limit their ability to interfere with the privacy of citizens,” Ismayilova said after the ruling was announced.

“I suffered a lot in Azerbaijan from the unlimited power of the government and their abuse of anti-terror legislation which also allowed them to interfere with my privacy and expose my intimate life,” she said.

Ismayilova, who was awarded the 2017 Right Livelihood Award, often referred to as the "Alternative Nobel Prize," for her work exposing corruption and organized crime in her own country, has faced severe character-assassination campaigns, including the publishing of secretly recorded tapes of her sex life.

“I am happy that the democratic checks and balances system is still operational in Germany and it was possible to revert the abusive law which could be used as an instrument against whistleblowers and journalists,” she said in her Facebook post, expressing hope that one day her own country would be like that.

However, Ismayilova questioned the deadline the court had given Berlin to change the law.

“I read in the English press release of the court that the law will be operational till December 2021,” she told OCCRP. “I hope the German authorities will be carefully watching, so the data collected will not be used by authoritarian regimes for silencing critics till that time.”