The European Public Prosecutor’s Office, EPPO, said it was concerned by Malta’s failure to nominate to the body its three candidates for the country’s representative in the College of Prosecutors which consequently delays the start of the EPPO’s operations. 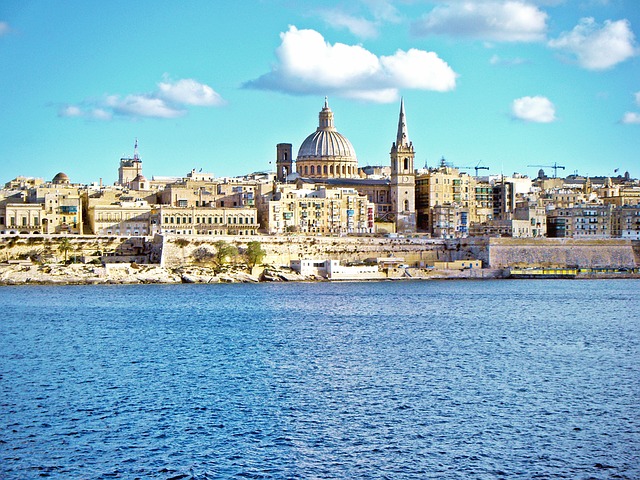 Malta's capital Valletta. (Photo: Steve Howard, Pixabay)The EPPO is a new EU institution and will probe and prosecute fraud against the EU budget and other crimes against the EU’s financial interests including misuse of EU funds and cross-border VAT fraud.

Such crimes were previously handled by national authorities which could not act beyond their country’s borders while the crime itself had an international character.

The new body is supposed to fill that gap. It is decentralized by design, with European Delegated Prosecutors located in each member state, but Valletta has not proposed its three candidates for the post of the Maltese member of the College of Prosecutors.

“Our initial timeline counted with the EPPO College to be in place last summer and in any case at the end of 2019, for the EPPO to be able to start operations at the end of this year,” the body’s Press Office told OCCRP.

Each of the 22 member states participating in the EPPO, headed by well known anti-graft fighter -- Romanian prosecutor Laura Kövesi, were called to put forward three candidates for the position of their representative in the body.

The candidates, according to EPPO, “are to be interviewed and ranked by an independent selection panel,” after which the Council of the European Union “shall appoint one of the candidates from each member state to form, together with the European Chief Prosecutor, the EPPO College.”

The Times of Malta reported on Sunday that Malta failed to nominate its candidates, although the Government Gazette last year published two calls for applications.

It also reminded that Malta has first declined to join the EPPO in October 2017 due to “sound technical reasons” based on the principle of subsidiarity, where countries have a right to keep certain sectors under their control.

The Mediteranean country reversed its decision in 2018 as it found itself under international pressure for failing to fight corruption which came into focus following the murder of investigative journalist Daphne Caruana Galizia.

Malta’s Government reacted to the criticism, stressing it “would face significant challenges, also given our (Malta’s) size, to identify three individuals suitable for the role, whose names would be forwarded to the European Commission for further scrutiny.”

“This administration is further committed to strengthen the national structures against corruption, not only on a European level, but mainly on a local level, to further enhance the rule of law and governance nationally,” Maltese Ministry for Justice said in a statement.

However, as long as the EPPO College is not appointed, “crucial steps in the establishment of the EPPO cannot take place and it cannot start to operate,” EPPO told OCCRP.

That means that the entire process of adoption of internal rules of procedure, security and financial rules, the conditions of employment of the European Delegated Prosecutors, the rules on transparency and access to documents will be delayed, according to EPPO.

Malta's delay will also postpone the adoption of rules on protection of sensitive unclassified information and data protection implementing rules, but also the appointment of the European Delegated Prosecutors or of the Administrative Director of the EPPO.