Authorities in Spain have arrested 18 people, including a former football player, for smuggling a ton of cocaine hidden in the fibres of cardboard fruit boxes. 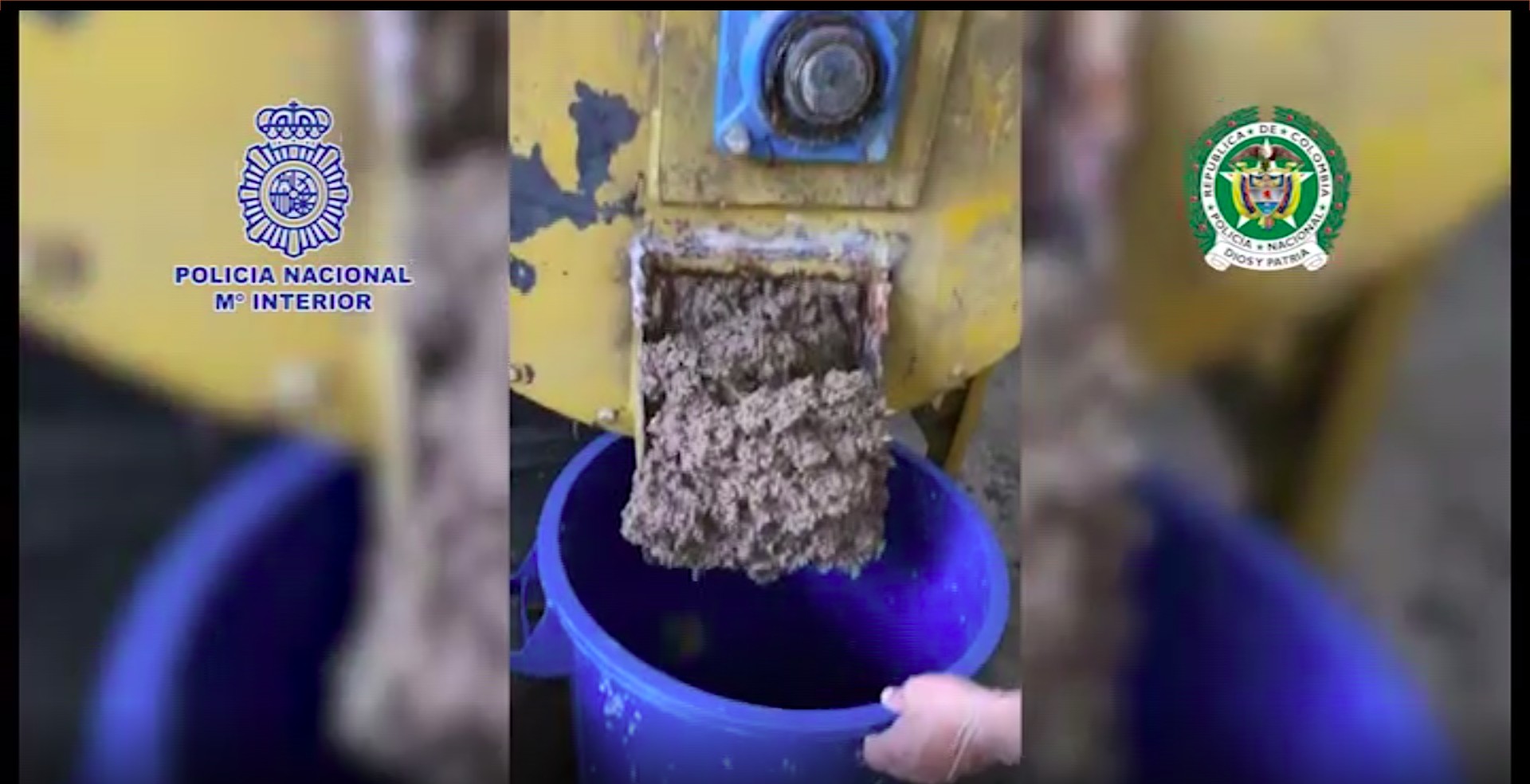 Police footage shows the pulping process used to infuse the cardboard boxes with cocaine (Photo: Policia Nacional)The Policia Nacional said in a statement on Thursday they had detained the suspects following an investigation coordinated with authorities in Colombia, Bulgaria and The Netherlands, as well as the US Drug Enforcement Agency.

Edwin Congo, a former striker for Real Madrid CF, was among those arrested, alongside Hernando Mauricio Vergara Castillo, a doctor who reportedly once provided care to Argentine football icon Diego Maradona, according to El Espanol. Both are Colombian nationals.

Castillo, the alleged mastermind of the scheme, had already been arrested several years ago on drug trafficking charges by agents involved in the recent case.

According to the police statement, the group used “a sophisticated drug concealment system,” enriching pulp for the cardboard boxes with small amounts of cocaine - no more than 100 grams at a time -  before the boxes were then used to ship pineapples and limes from Colombia to Europe.

Once they arrived in Spain, the group then transferred the boxes to Bulgaria and The Netherlands for the drugs to be extracted and later distributed across the continent.

In addition to the ton of cocaine seized in Bulgaria, Dutch authorities also snatched 1,200 kg of pressed cardboard and more than 1,000 liters of the chemicals required for the extraction process.

Congo was released from custody after being questioned by police on Wednesday. He claims to have traded precious stones with some of the suspects involved in the case, but denies any involvement in the drug trafficking operation, according to AFP.