Libyan authorities released on Friday the head of the country’s anti-corruption body after they kept him in detention for three days for alleged graft. His office, however, claims he was abducted because he was auditing the Interior Ministry’s spending during the pandemic. 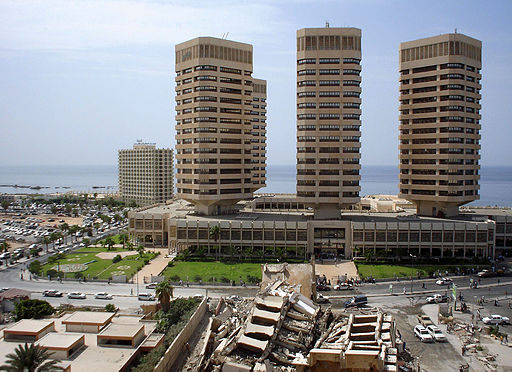 The Ministry of Interior and the rest of the Government of National Accord are based in Tripoli. (Photo: Tarek Siala, Flickr)

Reda Gergab, the senior financial auditor at the anti-corruption unit of the Audit Bureau of Libya, was detained on May 4. His case was forwarded to the Prosecutor General, said a terse statement posted Thursday on the Facebook page of the Interior Ministry.

A spokesperson for the Ministry refused to comment or provide any details about Gerab’s arrest and release, telling OCCRP that last week’s statement about the arrest is all the Ministry can say.

Gergab was abducted on Monday by a militia affiliated with the interior ministry, the Audit Bureau of Libya announced on Facebook.

The president of the Audit Bureau sent a letter to the Prosecutor General, saying that the bureau does not see any other reason for Gerab’s detention “other than preventing him from practicing his regulatory duties on the Ministry and preventing him from auditing its banking accounts and transactions," the letter seen by OCCRP read.

The detention reflects the increased disputes over access to emergency state funds allocated to curb the spread of the coronavirus between competing political factions in the capital, Tripoli.

As head of a committee that supervises the emergency budget, Gergab had significant power over the Ministry of Interior’s “fast-track” spending related to efforts to contain the spread of the virus.

Transparency International Middle-East and North Africa Adviser Kinda Hattar told OCCRP on Thursday that many countries in that part of the world have ignored existing tender and procurement procedures since the pandemic started, at the expense of existing transparency mechanisms.

"The implementation of emergency measures that disregard any good governance practices is a trend in the region,” she explained.

Both the Ministry of Interior and the Audit Bureau benefit from parliamentary immunity, complicating chances either could be tried.

“The purpose of Gergab’s abduction appears to be the desire to remove a headache for a while," Kinda Hattar suggested.

Both entities are close to different militias in a divided political scene in a country torn by a decade-old conflict. The independence of the financial watchdog has been questionned for its ties to the powerful Libyan Muslim Brotherhood, local news website Almarsad reported.

“The watchdog institutions in Libya have been accused of not being "clean," Hattar told OCCRP.

“Corruption exists in such institutions. There has been no real commitment in fighting corruption or prosecuting the corrupt in Libya," she said, adding that "Libya's complex allegiances are like shifting sands."

“State institutions are increasingly divided, and some officials in these institutions have individually made decisions that exceeded their role and their authority,” declared Prime Minister Fayez Mustafa al-Sarraj, commenting the case.