Reacting to an investigation into criminal gangs, Serbian pro-government tabloids on Wednesday unleashed a barrage of coverage echoing statements from political leaders who accused journalists of targeting the president’s son on behalf of the opposition. 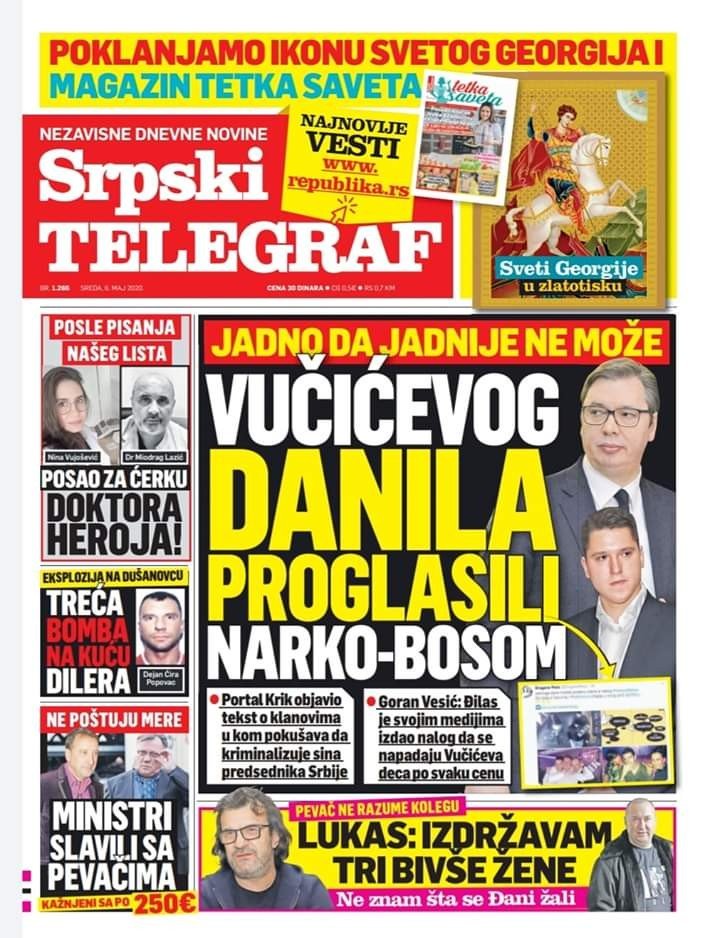 Cover of Serbian tabloid Srpski Telegraf.The investigation published on Tuesday focused on a deadly war between two Montenegrin crime clans, and revealed their connections to some police and politicians. The son of Serbian President Aleksandar Vučić provided one link due to his relationship with a powerful member of a group of football hooligans, which is connected to one of the clans.

Danilo Vučić was mentioned only in one section of the extensive investigation, but Serbian government officials and aligned media have largely ignored revelations about crime and corruption. Instead they seized on the relatively brief reference to the president’s son, falsely claiming it was a politically-motivated attack by OCCRP’s member centre KRIK.

“Is there a line that the opposition and its media will not cross in an attempt to discredit the President of Serbia, Aleksandar Vučić?” Siniša Mali, a board member of the ruling Serbian Progressive Party, wrote in a statement.

The pro-government tabloid, Informer, alleged that opposition leader Dragan Djilas was behind the article and accused him of having “personally ordered the attack against Vucic’s son Danilo.”

The investigation by KRIK and OCCRP’s Montenegrin member center, MANS, focused on the rivalry between the ‘Škaljari’ and the ‘Kavač’ crime groups, which are both from the Kotor area of Montenegro’s coast. Gang members have been killing each other since a cocaine deal went bad in 2014, carving a bloody trail through the Balkans and across Europe.

The investigation raised questions about commitments by authorities in Serbia and Montenegro to crack down on organized crime. It also showed that the conflict has pulled in other Balkan criminal groups, as well as some police and politicians.

The reference to Danilo Vučić consisted of 86 words about two-thirds of the way through the 4,000-word story. He was mentioned as one of a number of connections between underworld groups and politicians.

The investigation highlighted the younger Vučić’s friendship with a top member of a hooligan group known as the Janissaries, who provided security at his father’s 2017 presidential inauguration, where they assaulted journalists and activists.

In response to the investigation, Kurir ran a story with the headline: “A new attack on Vučić’s family: With scandalous lies, they are pulling Danilo Vučić into a war between clans.”

The pro-government media group labelled the investigation as “so far the most heinous attack aimed at criminalizing and satanizing the president’s son.”

In a statement sent to selected pro-government media, Serbia’s Interior Minister Nebojša Stefanović called KRIK reporters “opposition investigators,” and said the article was “a completely baseless attack against Danilo Vučić, with no arguments and nothing truthful.” 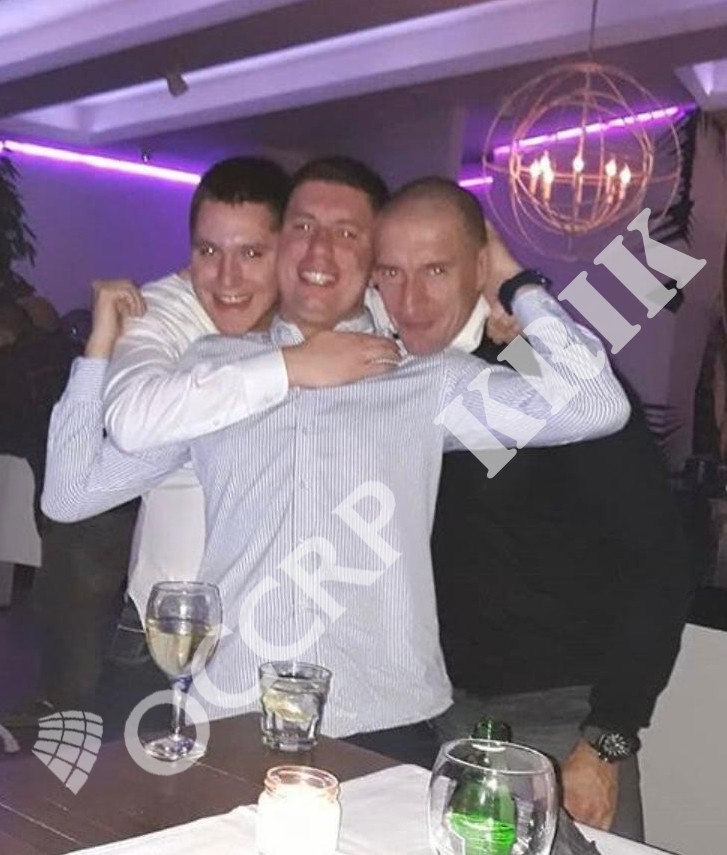 Danilo Vučić with Aleksandar Vidojević in a bar.

Stefanović went even further, telling local media that KRIK was attempting to discredit authorities, and had placed “a target on the forehead of Danilo Vučić, directly endangering his life.”

The investigation also garnered attention in Montenegro, where it was published in both main newspapers in the capital, Podgorica, and was discussed in Parliament on Wednesday.

Andrija Mandić of the Democratic Front, a pro-Serbia opposition coalition, said it was unfair that the story by “allegedly independent investigative media” had linked Danilo Vučić to a criminal group.

“You all know, as I know, that this is nothing but a lie,” Mandić said.

The investigation showed that the younger Vučić is close to Aleksandar Vidojević, one of the most powerful members of the Janissaries. Photos show them together at a football match in Russia in 2018, and in Republika Srpska this past January on the day celebrating the declaration of that entity in Bosnia and Herzegovina.

In another never-before-published photograph obtained by KRIK, the younger Vučić embraces Vidojević inside a bar.