UK Closer to Extradite Indian Tycoon to his Homeland

Britain’s High Court in London rejected on Monday the appeal of Indian businessman Vijay Mallya against a 2018 decision to extradite him to India where he is charged with fraud linked to his Kingfisher Airlines (KFA) which collapsed in 2012. 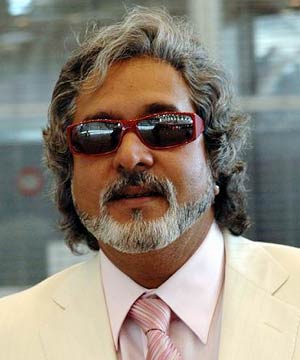 Vijay Mallya, Indian tycoon, also known as "King of the Good Times." (Photo: Franciscojuanlago)India is seeking Mallya’s extradition over US$ 1.4 billion that authorities say he owes to Indian banks which had given him loans to support KFA.

The self-proclaimed “king of the good times” is accused of channeling the loan to his Force India Formula One motor racing team. He left the country before authorities revoked his passport.

Based on documentation presented in the case, Lord Justice Stephen Irwin and Justice Elisabeth Laing, the two-member bench at the Royal Courts of Justice in London presiding over the appeal, decided to dismiss Mallya’s appeal.

Earlier this month, the same court had deferred hearings on a plea by the consortium of Indian banks, led by the State Bank of India (SBI), demanding the indebted tycoon to be declared bankrupt to enable them recover their money from him.

While Mallya reportedly expressed his disappointment with the court’s decision and announced he will seek further legal remedies, India’s Central Bureau of Investigation (CBI) stressed in a press release that the UK’s court ruling is a “significant achievement for Indian authorities.”

The ruling, as it added, is also very important in the context of CBI's efforts to curb corruption and is a “reminder that fugitives, who have eluded the process of law after commission of large value frauds, cannot consider themselves as above the process merely because they have changed jurisdictions.”

The Government of India has said it was seeking Mallya’s extradition “in respect of the loans,” that were “obtained by means of a conspiracy to defraud and by means of fraudulent misrepresentations.”

India’s government also claims that Mallya was involved “in money-laundering some of the proceeds of the loans.”

Before the court’s decision becomes enforceable, meaning that the UK would extradite him to India, Mallya has two weeks to try to appeal again against the ruling.