In an aggressive advertising campaign, a Malta-based company sent more than a billion emails offering customers face masks with a three-year-long warranty for at least US$49.99 for two pieces. 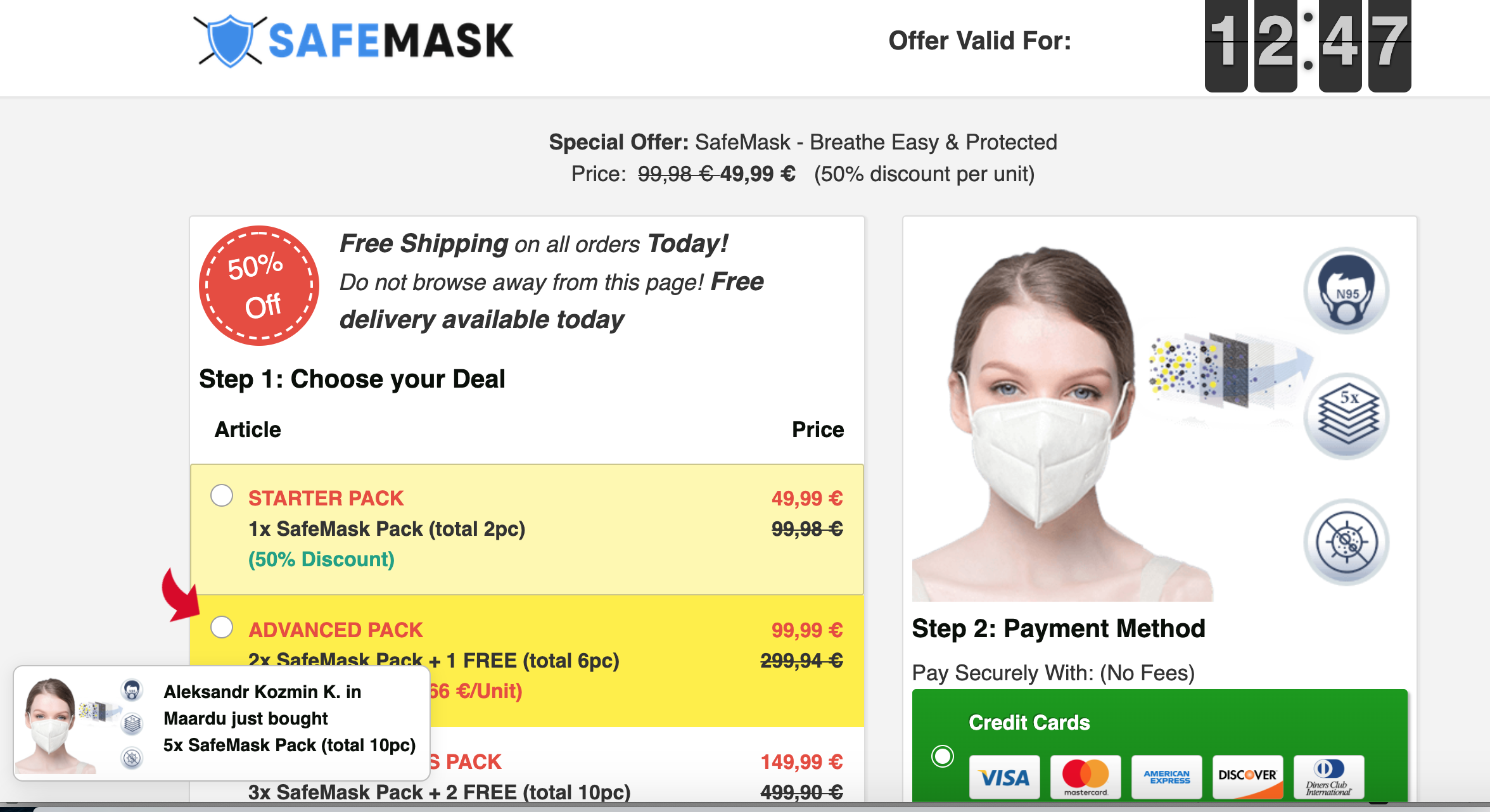 Among other potential customers, the advertisements targeted US conservatives, subscribers of survivalist blogs and horoscope.com readers, reminding them that "Protecting Yourself and Your Family Is Vital.”

The emails directed those who opened them to different sales sites that claimed SafeMasks were "considerably more advanced” than regular, surgical masks and that they should be bought fast because stocks “are running out as people are rushing to buy them.”

The masks were sold by the Malta-based company MDE Commerce Ltd, owned by millionaire Ricardo Jorge Pereira De Sousa Coelho. The Portuguese living in Estonia has an appetite for luxury cars and drives two Ferraris and a McLaren.

His Estonian business, DB2 Management OÜ, has been involved in so-called affiliate marketing - a commission-based sales model known for using aggressive and deceptive tactics to sell products and services. DB2 Management had earned a net profit of €5 million (US$5.4 million) at a turnover of €25 million ($27.1 million) in 2018.

The Estonian Consumer Protection Authority has received close to 20 complaints from customers worldwide about DB2 Management, mostly about faulty or unreceived gadgets bought from the company’s online stores.

In the summer of 2018 de Sousa founded MDE Commerce in Malta which earned €1.5 million ($1.62 million) the same year. The company promoted a robotic vacuum cleaner which customers reported as scam.

Hundreds of people also complained about MDE Commerce on a Facebook page dedicated to scams reports and many customers voiced their anger at PayPal’s support forum.

The SafeMask scheme used the affiliate marketing model in which the intermediary earned $23-28 in every successful deal.

De Sousa told OCCRP that SafeMask spam was the work of rogue affiliate marketers working independently of his company.

“If you find anyone who is advertising without authorization through spam or showing anything that you believe to be wrong, then I am more than happy if you point this out to me, because this is not something that we accept or are happy to see on our end,” he said.

He claimed that the photos of the mask in the ads clearly showed they were disposable. "No one is saying that the mask will last forever. That is something unreasonable to expect,” he said.

When asked about the additional three-year-warranty one could purchase extra and that led customers to believe the masks were reusable, de Sousa said the offer of the warranty was a mistake. He promised to refund people who had bought the warranty.

Soon after being contacted by a reporter last week, SafeMask’s price dropped by approximately 75% and the offer of a three-year guarantee was removed. As of Monday, the sites had removed the masks and instead begun selling "BackHero," a posture corrector.