Iraqi authorities have suspended on Tuesday the licence of Reuters, one of the world’s leading news agencies, after it published earlier this month a story alleging that the number of confirmed COVID-19 cases in the country was higher than officially reported. 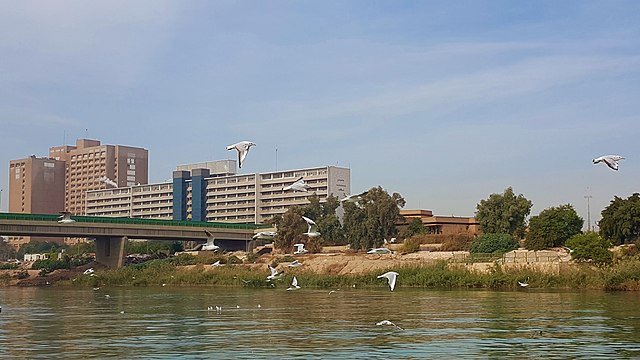 The media regulator wrote to the agency reportedly saying that it had taken the action “because this matter is taking place during current circumstances which have serious repercussions on societal health and safety.”

“We regret that the Iraqi authorities have chosen to suspend our licence for three months following our factual reporting on the COVID-19 outbreak in the country,” Reuters’ Media Relations told OCCRP in a written statement.

The agency is seeking to resolve the matter and is working “to ensure we continue to deliver trusted news about Iraq,” the statement said.

The doctors reportedly each told Reuters that confirmed cases of the disease, based on discussions among fellow medics who see daily results, were between about 3,000 and 9,000.

The media regulator decided to act against Reuters even though the agency ran an update with the ministry’s reaction that dismissed the claims of Reuters’ sources and claimed the agency published “incorrect information.”

“We stand by our story of April 2, which was based on multiple, well-placed medical and political sources, and also fully represented the position of the Iraqi health ministry. Reuters reports on Iraq in a fair, independent and impartial way, as we do all around the world,” the agency’s statement said.

In the meantime, Iraqi President Barham Salih told CNN he is working with his legal team to “revoke” the suspension of Reuters' operating license.

In an televised interview with Christiane Amanpour, Salih said the decision was “regrettable,” and explained that the media regulator is “independent of the government.”

He said he would not defend Reuters, as its report “implied a deliberate falsification of records by the government.”