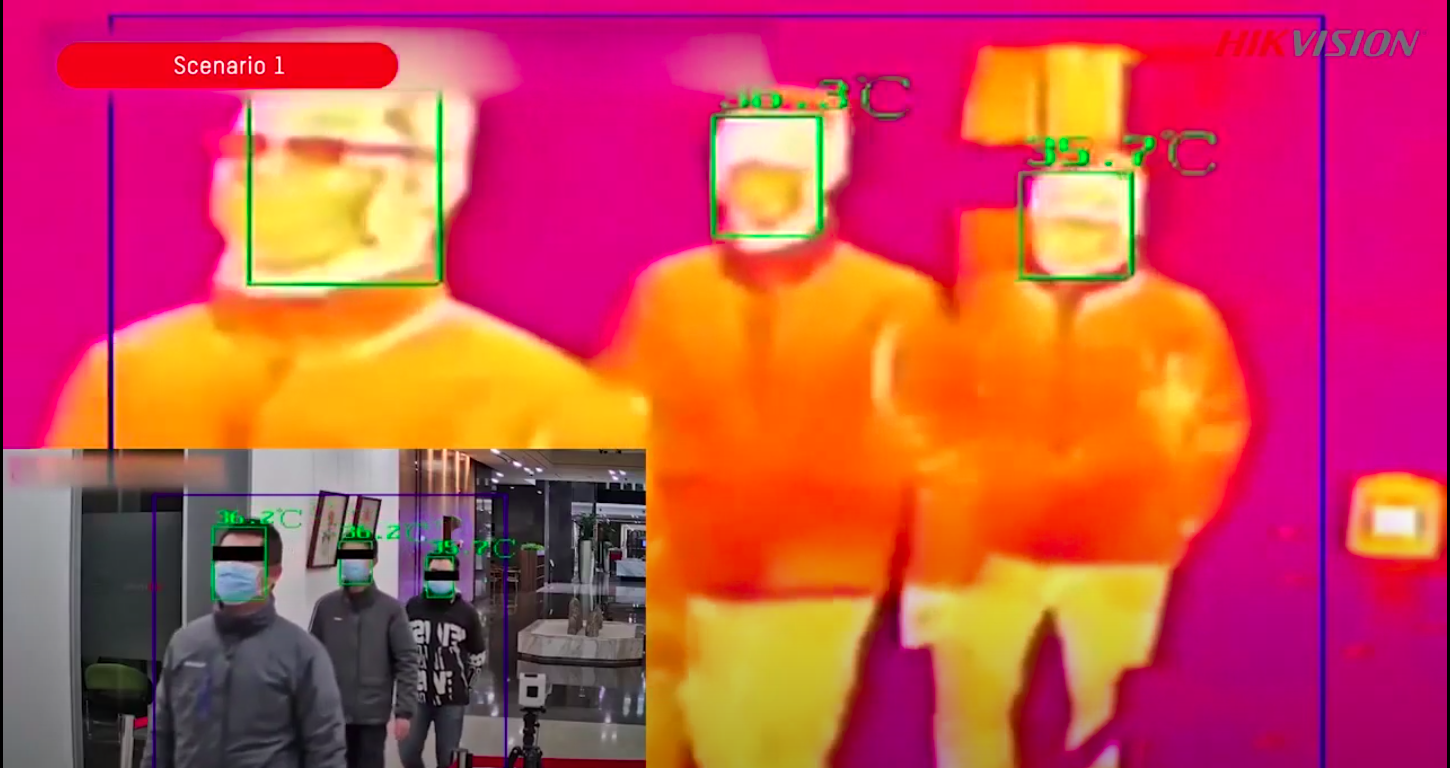 An ad for fever screening by the manufacturer of the camera model Kyiv ordered. (Photo: Hikvision, Youtube). Kyiv wanted to spread thermal cameras around the city in order to fight the spread of the coronavirus. According to Slidstvo, the cameras were to be installed, starting April 17, in supermarkets, pharmacies, and other crowded places to identify people with elevated body temperatures.

The cameras were also equipped with facial detection, which would have allowed police to record violations of self-isolation measures.

A spokesperson for the municipality told Slidstvo that the data from the cameras would be shared with both national and municipal law enforcement, the State Emergency Service, and the City Council.

Reporters uncovered that the municipality awarded the lucrative contract for the cameras to the company Intervro on April 2, without calling for any formal quote for how much it would cost.

Although Ukraine passed a new law allowing the purchase of specified goods and services intended to counter COVID-19 without a tender, thermal imaging cameras are not on this list.

After Slidstvo published the story last week, state authorities said they will conduct an audit, required the city of Kyiv to terminate the contract, and forced the company to return the money it received.