For the past two weeks, anti-corruption protesters have occupied government offices of South Darfur’s El Radoom region, demanding the dismissal of local executives over corruption in the mining industry. 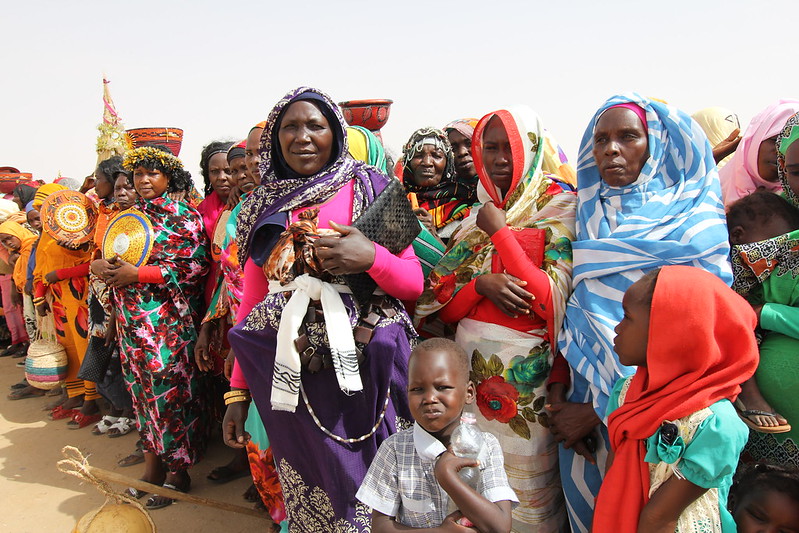 Women wearing festive dresses in Al Fashir, Darfur. (Photo: Save the dream, Flickr, CC BY 2.0)The non-violent demonstration was, according to Radio Dabanga, orchestrated by the local Resistance Committee, a grassroot network that played a major role in the overthrow of ex-President Omar al-Bashir last year.

According to activists, a protest like this would have not been possible during al-Bashir’s three-decades-long rule that eventually ended in a non-violent revolution led by local Resistance Committees.

“The mere fact that people can protest without fearing being slaughtered is a huge change,” foreign policy specialist Stephen Zunes told OCCRP.

A civilian and technocrat government has replaced the previous administration, but the transition process is still ongoing and civil actions and protests are slowly changing local policies.

“Cumulated, all those actions at a very local level have triggered a major transformation in the role of civil society,” Zunes added.

The El-Radoom activists claim that the proceeds from the area’s gold mining have been diverted from the people and blame the local executives for it. They demand that a percentage of the profit made by the mining company Al Gunade returns to the local community.

Al-Gunade belongs to the family of the commander of the feared Rapid Support Force militia, Mohamed “Hemiditi” Hamdan Dogolo, one of the richest men in Sudan and now the vice-president of the council in charge of the transition.

A spokesperson from the El-Radoom Committee told Radio Dabanga that the sit-in would go on until their demands are met.

Al-Bashir was found guilty of corruption and sentenced to two years in prison in December 2019. Sudan seized nearly US$150 million in assets from the former ruler.

“People in Sudan have acknowledged the power of nonviolent actions to obtain human and minorities rights, accountability and more,” Zunes said.

“They are encouraging people to take social initiatives, to get involved with local issues, things they wouldn’t do before out of fear,” the expert said.