Two prominent judges said on Thursday that with billions being poured into the fight against the coronavirus, the world needs now more than ever an International Anti-Corruption Court (IACC) “to punish and deter kleptocrats who enjoy impunity in the countries they rule.” 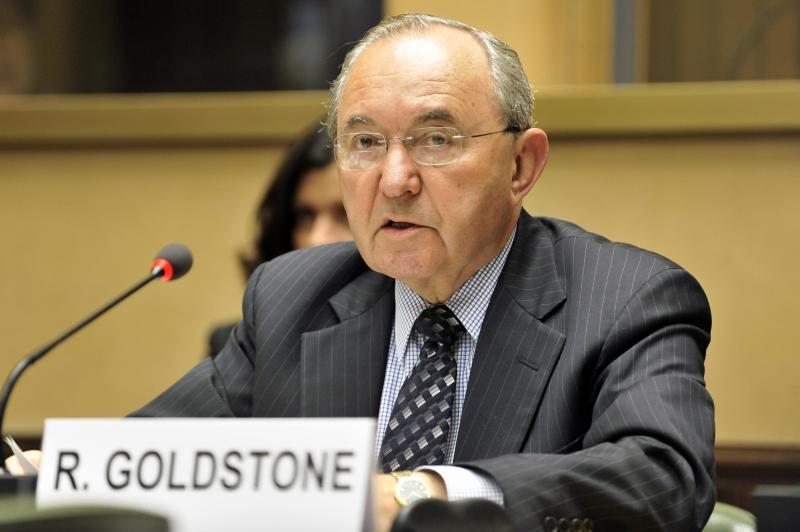 Richard Goldstone, the first Chief Prosecutor of the ICTY (Photo: UN Geneva)“Very little is certain about the coronavirus, and we are only judges, not prophets. However, we can confidently predict that the response to the pandemic will be a bonanza for kleptocrats — an opportunity for the corrupt leaders of many countries to further enrich themselves,” South African former judge Richard J. Goldstone, the first Chief Prosecutor of the International Criminal Tribunal for the Former Yugoslavia (ICTY) and later for Rwanda (ICTR) and Senior US District Judge Mark L. Wolf wrote in an opinion piece published by numerous media worldwide, including BizNews.

“The IACC would assure that there is a court in which kleptocrats will be punished,” they added.

The initiative followed a notion by judge Wolf, published in the Journal of the American Academy of Arts & Sciences -- Dædalus, that has not been implemented so far.

Goldstone and Wolf illustrated a simple link between COVID-19 and graft, reminding that while governments are poised to provide trillions of dollars to counter the pandemic, they fail to provide even basic protection measures to assure that the funds are properly spent.

They recalled a number of cases in which corruption was directly linked with severe breaches of human rights and devastating consequences for human health, citing a dramatic report of the United Nations High Commissioner for Human Rights in 2013, according to which “corruption kills by siphoning money from humanitarian and development projects… and that money stolen through corruption every year is enough to feed the world’s hungry 80 times over...”

The two also mentioned former Angolan President Jose Eduardo dos Santos, whose last act was to give immunity from prosecution to his family and himself.

“Dos Santos, who held office for 38 years until 2017, made his daughter Isabel the head of the national oil company and the wealthiest woman in Africa — worth more than US$2 billion. At the same time, Angola has had the highest percentage of children of any country who do not live to the age of 5,” the judges warned.

They described Angola as an example of a country rich in natural resources, but with more than half of the population having no access to health care, meaning that there would be no treatment for them in a more serious COVID-19 outbreak. The country so far reported 19 cases, including two deceased and two recovered from the deadly virus.

The two judges explained that the lack of laws does not necessarily cause grand corruption, as there are “187 nations party to the United Nations Convention Against Corruption.”

“Almost all of them have laws prohibiting extortion, bribery, money laundering, and misappropriation of national resources. They also have an international obligation to enforce those laws against their corrupt leaders,” judges Goldstone and Wolf wrote.

The problem is, however, that “kleptocrats enjoy impunity in their own countries because they control the administration of justice,” and will not permit the prosecution and punishment of their collaborators and themselves.

“Imprisonment of corrupt leaders will create opportunities for them to be replaced by honest officials who are dedicated to serving their citizens. It will also deter other kleptocrats tempted by greed to commit crimes of corruption,” the judges said.

An International Anti-Corruption Court, as they explained, would serve as a court of last resort, “providing a forum for enforcing existing national laws, or new uniform international counterparts, against kleptocrats.”

In addition to incarcerating kleptocrats, they added, the IACC would recover the ill-gotten gains laundered in countries that would join that court.

The anti-graft court, as Goldstone and Wolf elaborated, would not replace the local courts, but would “operate on the principle of complementarity,” or only if a country was “found to be unable or unwilling to prosecute its leaders itself.”

Similar to other international courts, the IACC, as the two judges proposed, would gather expert investigators, prosecutors experienced in developing and presenting international cases, as well as judges with the demonstrated ability to preside in complex criminal proceedings.

Judges Goldstone and Wolf hope the special international anti-graft court could be founded in 2021, at a special UN session on corruption. They said Colombia and Peru are leading a campaign to have the United Nations commit to creating the court.

The support, they claim, also comes from a Nobel Peace Prize laureate, members of the US Congress, leading NGOs and “courageous young people whose indignation at grand corruption has ousted kleptocrats in Ukraine and other countries.”