Colombia’s ambassador to Uruguay resigned on Monday after his country announced he was under investigation after authorities found a narcotic production facility on one of his properties, the Colombian Foreign Ministry announced. 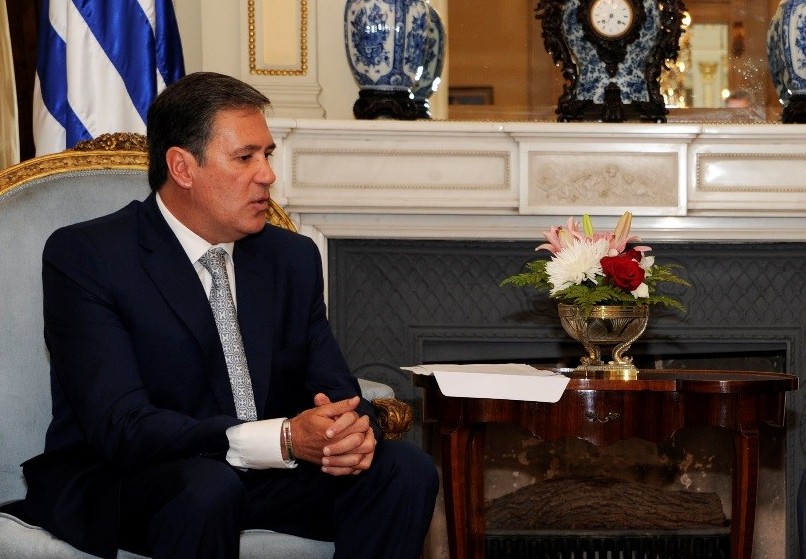 Fernando Sanclemente. (Photo: Cancilleria de Colombia)Ambassador Fernando Sanclemente claimed he knew nothing of the trafficking activities on his large family estate in the town of Guasca, and that he was a victim in this case. The Attorney General Francisco Barbosa decided to investigate to see whether that was true, stressing that "there are no privileged here".

Sanclemente resigned to attend “to the defense of my reputation, that of my family and associates,” regarding the “painful and very unfortunate criminal act” that took place on his property, Sanclemente wrote in his resignation letter to Colombian President Ivan Duque, urging authorities to recognize that he and his family are the actual victims.

An investigation into drug shipments from the El Dorado airport in Bogota to the United States and Europe led federal agents based at the US Embassy to an estate close to Bogota that has been owned by the Sanclemente family for decades, reported local newspaper El Tiempo.

The Sanclemente Alzate estate is divided between tourist residences owned by the hotel group Spiwak and grazing and forest lands still managed by the family.

When police raided the estate in February, they found a drug laboratory, arrested five of the facility workers and found seven tons of chemical ingredients and 10 kilos of cocaine ready for export hidden in the stables

"They had a production potential of 1.8 tons of cocaine a month'' the prosecutor in the case told El Tiempo.

According to the newspaper, authorities established that the group running the facility did not belong to a larger criminal organization. The cocaine they sent via El Dorado Airport was hidden in small quantities in double-bottom suitcases.

A trend of smaller, more fragmented, criminal organizations is taking over the cocaine trade in Colombia. A study by the Colombian Organized Crime Observatory reported that Colombia’s new generation of drug traffickers are embracing anonymity, far from Pablo Escobar's lavish style.

The new lords are respectable middle class members, business owners, who laundered their money in sophisticated ways, the report said.

To address the state's greater aerial detection abilities, laboratories have shrunk and got more mobile. Traffickers split the proceeding in two steps, the first on-site in coca growing areas and the second closer to the shipping facilities.

This kind of invisibility is very profitable, the study concluded.