A former soldier has received a 23 year jail term on Monday after a court found him guilty for the murder of Slovakian journalist Ján Kuciak and his fiancée. 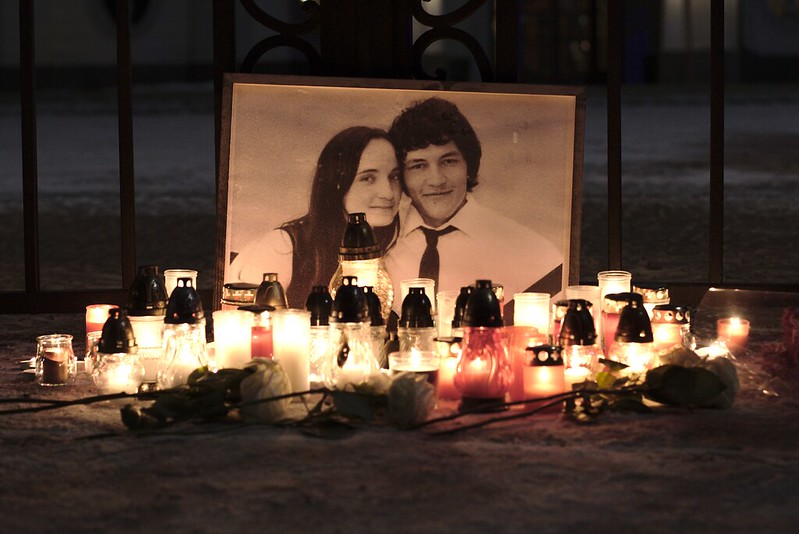 Ján Kuciak and his fiancée Martina Kušnírová, pictured, were murdered in February 2018 by gunman Miroslav Marček (Photo: flickr, Creative Commons Licence)Miroslav Marček admitted earlier this year that he pulled the trigger on Kuciak and his wife-to-be Martina Kušnírová in February 2018. Presiding Judge Ruzena Szabova described the killing at sentencing on Monday as “cold and malicious,” according to the BBC.

The prosecution reportedly pushed for a 25-year-term and said they would appeal against the sentence.

Kuciak was collaborating with OCCRP at the time of his death. Before that, he was investigating the high-profile Slovakian businessman Marian Kočner who, along with two other defendants - Alena Zsuzsová and Tomáš Szabó - has also been charged in the case. Kočner has pleaded not guilty.

Last February, OCCRP published a detailed account of the killing. Drawing on police reports and court testimony, the article described how Marček and, allegedly, Szabó, made repeated visits to Kuciak and Kušnírová’s home in the southwestern village of Velká Mača, scoping out the property.

Marček carried out the assasination, while Szabó is thought to have driven the getaway car.

The shots that killed Kuciak on the night of 21 February came from such close range that the barrel of the silencer left burns on his chest. Kušnírová died from a single gunshot wound to the head.

The murder soon became a cause célèbre in Slovakia, being the first fatal attack on a journalist since the country gained its independence in 1993. Prime Minister Robert Fico was forced to resign amid anti-corruption protests over revelations that certain senior justice officials, who also resigned, had been in contact with Kočner.

Amid intense domestic and international scrutiny, investigators came under significant pressure to solve the case. It was this pressure that the lawyers representing Kočner, Zsuzsová and Szabó would argue had led police to rush their 18 month investigation.

In the aftermath of the killing, OCCRP revealed as part of an investigative series how Kočner spent decades using illicit cash and blackmail to keep in line his patsies in the justice system.