Gang Rents Bulldozers in Germany, Then Sells them Abroad 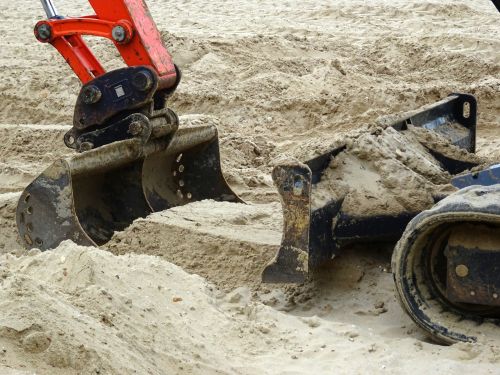 A German gang was stealing bulldozers in Germany, then selling them abroad. (Photo: Alex Borland, Needpix)Detective company InCognito, from the northwestern German city of Perleberg, discovered the scheme after a number of local construction companies asked for assistance in finding their missing equipment.

“The criminals, believed to be based in South Germany, would call construction companies and would falsely present themself as another construction company wishing to rent the equipment,” detective Hagen Stamm of InCognito told OCCRP.

They would even present some false documentation when picking the machines up and would then simply disappear together with the “rented” equipment, he said.

If that wouldn’t work, they would wait for the weekend, usually Saturday night, when the construction companies were closed and simply steal a machine for which they already had a buyer.

By the time the owner would realize the equipment was missing, the bulldozers would already be in another country.

However, the thieves once made a mistake. Most of the equipment, according to Stamm, had GPS (Global Positioning System) trackers installed.

“They removed the main tracker, but they didn’t know that most of the machines had several hidden GPS locators,” Stamm said.

At least five construction machines, mostly bulldozers, were located in Croatia, as the country’s police confirmed on Thursday.

“Police administrations of two Croatian regions conducted criminal investigations in 2017, 2019 and 2020 and have detected and seized five construction machines that were believed to be stolen in Germany,” police said in a written comment to OCCRP, adding that they were cooperating with German authorities.

Stamm said it is believed that this gang stole at least 10 bulldozers and a number of other construction equipment across Germany, worth between €1.5 to 3 million (US$1.66 to 3.32 million), but that more than one group has been using the trick and that the total damage is much higher.

German police, he added, were involved  in the case from the very beginning and their officers have been working with InCognito detectives on find the equipment and the thieves.