A Brazilian lawmaker proposed on Tuesday a bill suggesting that politicians convicted of corruption should be punished with amputation of both hands, Reuters reported. 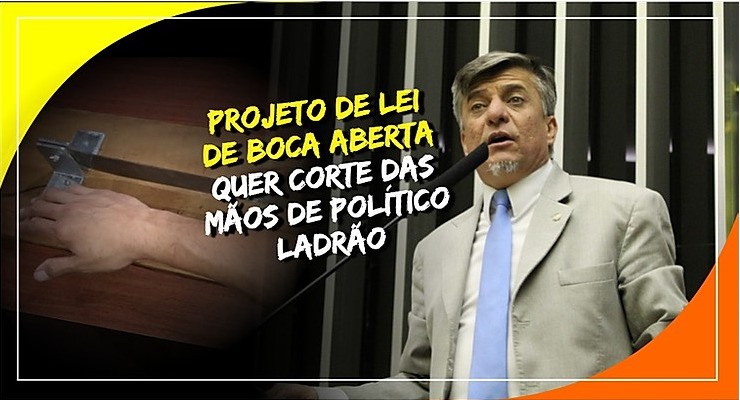 Dozens of Brazilian politicians are under investigation for corruption and money laundering.

Politicians' hands should be cut off, as Petriv wrote in the proposal, “if they commit crimes such as abuse of economic or political power, or against the country’s economy, public property, laundering or concealing the state property,” the paper said.

Petriv argued that more needs to be done about graft as Brazil remains among the most corrupt countries in the world.

He then reportedly listed the examples of China which sentences people to death or to life in prison and North Korea which executed at least 37 politicians accused of corruption in the last decade. Petriv also mentioned Arab nations in which, as he said, nobody steals anything for fear of having their hand cut off.

The difference between those countries and Brazil would be that, if the bill is adopted, the amputation would be conducted in hospitals.

Dozens of businessmen and politicians have been jailed in Brazil amid major corruption scandals in recent years, most notably Operation Car Wash, a seemingly never-ending series of scandals involving the state-controlled oil company Petrobras.