Starting Tuesday, Mexicans can buy special national lottery tickets that will give them a chance to become one of the 100 owners of a luxurious presidential plane which President Andrés Manuel López Obrador has decided to get rid of in an effort to show modesty. 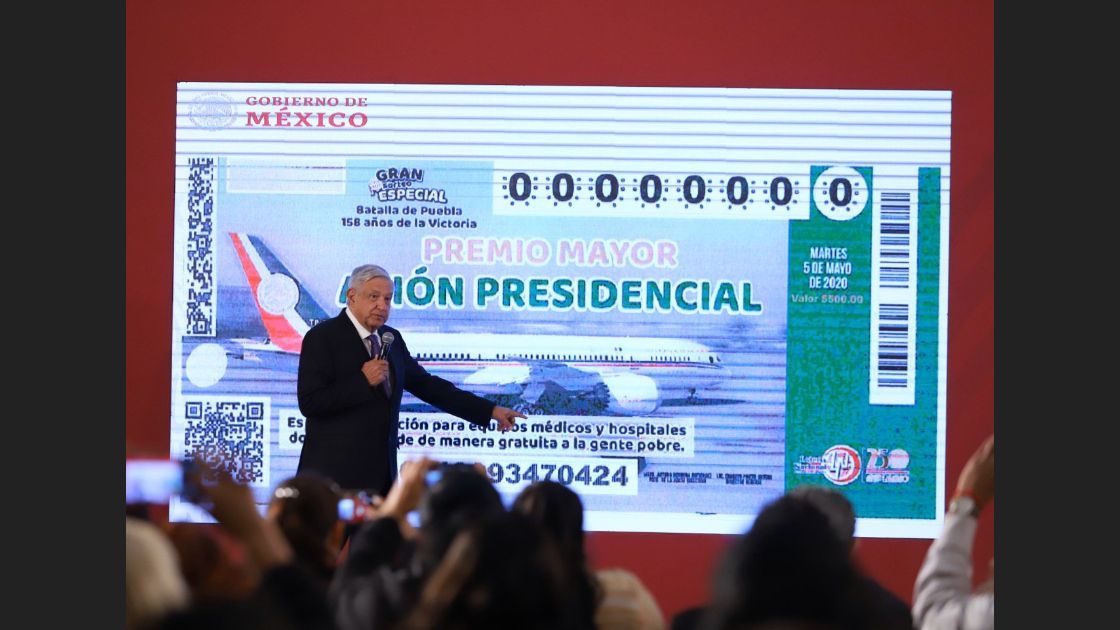 Andres Manuel Lopez Obrador presents the tickets. Photo: Gustavo Durán, NotimexThe president stated the plane was “too luxurious” for a country where half of the people live in poverty.

The raffle, to take place on September 15th, is part of López Obrador’s anti-corruption policy, Jean-Francois Prudhomme, the Director of the Centre for International Studies of the College of Mexico, told OCCRP.

“The presidential plane, ordered by President Felipe Calderon, but who only benefited his successor Enrique Peña Nieto, is the symbol of the pharaonic expenses of his predecessors,” the professor said.

López Obrador often spoke during his 2018 election campaign about the frivolity of his adversaries and still keeps mentioning it during his ‘mañaneras’ - his daily press conferences.

Since he took office, López Obrador never used the presidential plane and travelled on commercial flights instead. The maintenance fees for the aircraft are costly and the president's last year attempts to sell it failed.

The lottery tickets sale was to start on March 9th, but after being harshly criticized for choosing Monday, when massive protests were scheduled to mark the International Women’s Day, the president delayed the sale for Tuesday.

The tickets will be sold for 500 pesos (US$24), and the lottery is expected to yield $150 million. The money will be used to cover the maintenance costs of the grounded plane and the rest will go into the healthcare system.

“It’s a festive and popular way to raise money for the State,” said Prudhomme, “at the contrary of raising taxes, which would alienate the business community.”

A president throwing a lottery to give away his plane captures people’s imagination. It does have a “Robin Hood” ring to it, Prudhomme noted.

The move is in line with the recent renaming of an institution that auctioned seized assets into the “Institute To Give Back to the People What Was Stolen From Them” and its new orientation towards financing concrete local projects.

“Of course, it’s a populist way to address the corruption problem, but it might help to raise awareness among Mexicans people, turning the benefits of the fight against corruption from an idea into something concrete” said the researcher.

Still, López Obrador has not completely abandoned old political traditions. He already managed to sell half of the raffle tickets to a bunch of businessmen during a dinner he organized for them.