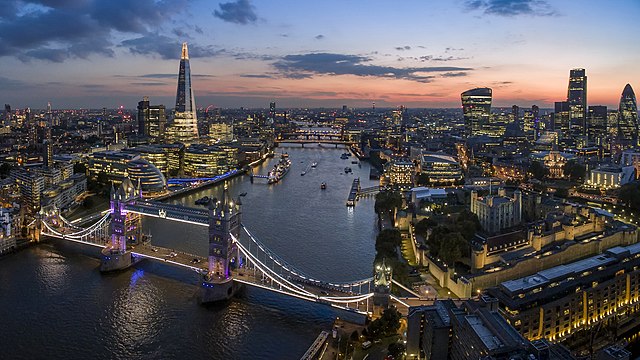 The corruption watchdog, in partnership with the BBC and Finance Uncovered, obtained publicly-accessible documents showing that one of the properties is currently occupied by Nurali Aliyev, the grandson of former Kazakhstani leader Nursultan Nazarbayev, and his wife Aida. The house reportedly boasts an underground pool and a cinema.

The National Crime Agency (NCA) reportedly issued UWOs for the properties, which remain unidentified for legal reasons, in May last year. A court hearing on Tuesday marked the beginning of a High Court battle, in which lawyers representing the off-shore companies that formally own the properties must account for the origins of the investment.

If the NCA is unsatisfied with the lawyer’s explanations, they may ask that the court confiscate the mansions - worth a combined total of £80 million (US$103 million).

The agency estimates than an excess of £100 billion ($129 billion) in illicit finance passes through the UK each year, although it is impossible to provide a concrete figure given the opaque nature of the problem.

Duncan Hames, Director of Policy at Transparency International UK, welcomed the NCA’s action but said that authorities must do more to disrupt the flow of dark money through the country.

“This case is a timely reminder that the UK has a long way to go until it has defences capable of getting to grips with this problem,” he said.

“Decisive action from lawmakers and regulators is needed in order to show Britain is serious about giving those with wealth of dubious origins no place to hide here and ensuring there is no-one to help them,” he added.

Nursultan Nazarbayev, Nurali Aliyev’s grandfather, was president of Kazakhstan for three decades before stepping down last year. During that time, his regime was repeatedly accused of human rights abuses and rampant corruption.

In 2002, Kazahk newspaper Respublika, edited by journalist Irina Petrushova, ran a story claiming that the president of the resource-rich country had since the mid-90s used Swiss bank accounts to ferret away more than $1 billion of the state’s oil revenue.

In the immediate aftermath, three molotov cocktails were thrown into Petrushova’s office, while the body of a dead dog was left at the building’s entrance, according to the Chicago Tribune. The animal’s head found its way to her apartment, along with a warning: “There will be no next time.”

Aliyev’s mother is Nazarbayev’s daughter, Dariga Nazarbayeva, who currently serves as the chair of the Kazahk senate. Rakhat Aliyev, his father, was also a politician and an outspoken opponent of the president. He allegedly killed himself in an Austrian prison in 2015, while facing charges for the murder of two bankers in Kazakhstan.

The High Court hearing to determine the fate of the three properties comes shortly after Andrew Sutcliffe, a barrister for the NCA, criticised media coverage of UWOs as “undeserved” and harmful to the reputation of those targeted with such orders, according to London’s Evening Standard.

Speaking on Monday at a hearing on the case of Mansoor Mahmood Hussain, who is reportedly accused of laundering money for organised crime syndicates in Leeds and Bradford to the north of England, Sutcliffe attempted to argue in favour of keeping Mansoor’s identity a secret, on the basis that it would be “unjust” to name him so early in proceedings.

The move was slammed by experts on the topic, including Tom Keatinge, Director for the Centre for Financial Crime and Security Studies at the Royal United Services Institute in London.

Keatinge told the Standard that “to suggest that the media attention in UWOs is undeserved is nonsense.”

“There is a clear public interest in UWOs precisely because it offers an opportunity for the press to shine a light on the shrouded and suspected corrupt activity here in London. Publicity should be welcomed and encouraged,” he added.

The order against Hussain reportedly pertains in part to a property on Walton Street in Knightsbridge, the same street where Zamira Hayieva, subject to the first ever UWO in the UK, bought her £15 million ($19 million) home.

The wife of a Azerbaijani banker, Hayieva was slapped with a UWO in 2018 after spending more than £16 million ($20 million) at Harrods, a department store in London.