Moldovan authorities accused two current, two former officials of the National Bank of being involved in a US$1 billion theft from three banks, the Office of the Prosecutor General announced. 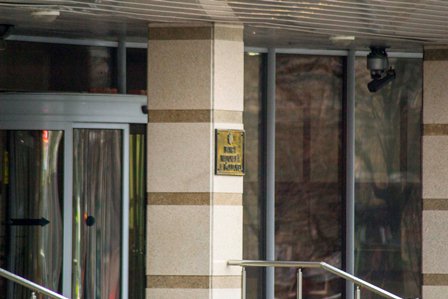 In November 2014, the National Bank discovered that Banca de Economii, Banca Sociala and Unibank had paid a year before more than $1 billion in loans to unnamed recipients. All three banks were later bailed out with taxpayer-guaranteed loans.

The money from “The Grand Theft” was transferred in just two days to a series of companies registered in the UK an in Hong Kong whose ultimate owners are unknown.

The bank theft was so outsized and bold that thousands of Moldovans hit the streets to protest against the government, yelling “We want our billion back!”

The theft was a serious setback for Moldova, one of Europe’s poorest countries, with a gross domestic product of only $8 billion and an average wage of $200 per month.

The NBM released a statement, saying it will continue to cooperate fully.

This story was updated with the arrest of the fourth suspect and corrected to fix the time of the discovery of the theft.