Spanish authorities have raided the properties of two prominent football agents suspected of organizing fictitious transfers of players through a Cypriot club to launder a large amount of money and evade taxes. 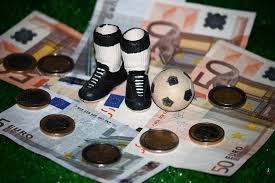 The football agents were part of a criminal network. (Photo: DS-Foto)The raids were carried out across Spain, as the Europol said in a statement on Tuesday. The two spent the illicit profit - at least 10 million euro (US$10.97 million) - on real estate and yachts. They registered the properties under a corporate name, the statement said.

The suspects had help from a Maltese “gatekeeper” tax adviser company which set up the corporate veils that concealed the money flow and true owners of the assets, according to Europol.

The football agents were part of a criminal network which manages football clubs in several countries, among which are Belgium, Cyprus and Serbia, Spanish police said.

Media identified the two agents as Albanian Fali Ramadani and Nikola Damjanac, a former goalkeeper of the Belgrade club Partizan, as well as a number of international clubs.

The German magazine Der Spiegel published the so-called Football Leaks last year, exposing how Ramadani, 57, traded players like Luka Jovic, while Croatian media described him as the most powerful and most secretive Balkan manager.

Ramadani is also considered one of the most successful and influential agents in international football. He is representing many well-known players like Juventus star Miralem Pjanic and Naples Kalidou Koulibaly.