The United States granted asylum to Guatemala’s former chief prosecutor just days after her country filed an extradition request based on embezzlement, lying and tax fraud charges she claims were raised in retaliation for her anti-corruption efforts. 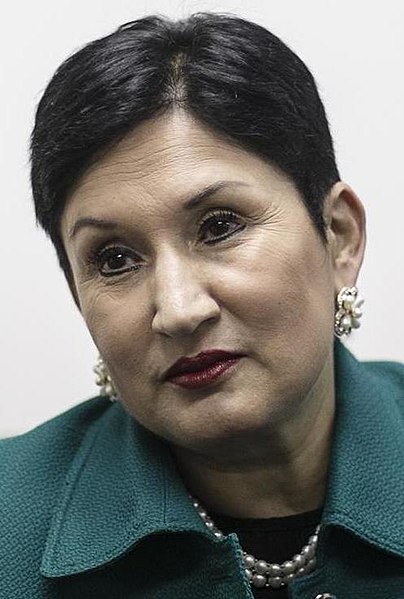 She prosecuted and jailed former President Otto Perez Molina and launched investigations against his successor, ex-President Jimmy Morales and members of his family.

In 2017 alone, Aldana’s office won 9,358 convictions, and that same year she was named one of Time Magazine’s 100 Most Influential People.

“Aldana showed that the rule of law can defeat corruption—even when it stretches to the highest office in the land. It's a lesson every country should remember,” wrote José Carlos Ugaz, a renowned attorney and chair of Transparency International, who submitted the caption that accompanied her nomination on the list.

After numerous death threats and incidents of harassment, Aldana was forced to resign. She was put under protective measures provided by the Inter-American Commission on Human Rights.

In 2018, she was honored with Sweden’s Right Livelihood Award, billed as the “alternative Nobel Prize” and last year she ran for president. That’s when charges were brought forward that her supporters claim were fabricated.

The Constitutional Court rejected her candidacy based on the corruption indictment.

After an arrest warrant was issued against her, Aldana left the country. Another leading candidate was also forbidden from running, which allowed Alejandro Giammetteri, a former surgeon and staunch social conservative, to win the election despite collecting a mere 14 percent in the first-round of voting.

He easily beat his only remaining rival - a disliked former first lady accused of corruption - in the second round in January.

The Chairman of the US Foreign Affairs Committee announced late Monday night on Twitter that Aldana’s asylum request was approved.

“Thelma is a champion for justice and this is a major victory in the international fight against corruption,” Chairman Eliot Engel wrote.

“When I received the news, I cried because I miss my country. I now understand the suffering my migrant compatriots have gone through when leaving our country.”