France: What To Do With Funds Seized From Corrupt Foreigners?

France is facing a new problem.

Once it sells the multimillion-euro Paris mansion it seized from Teodorín Obiang, the vice-president of Equatorial Guinea who was convicted for corruption, how will it return the money to the impoverished people of his country? 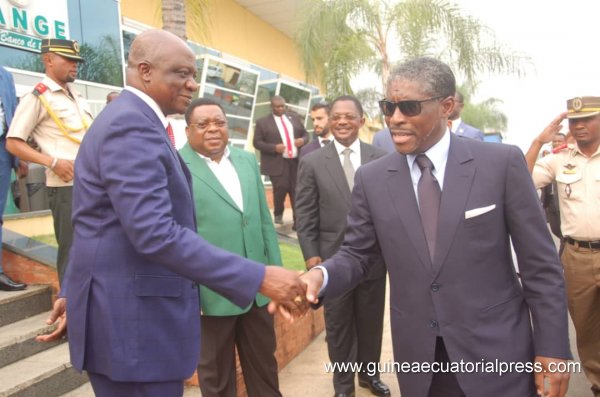 Vice-president supervises checks against coronavirus, Source: Government of the Republic of Equatorial Guinea

Teodorín’s father and a tight clique of allies have ruled the country for decades.

“The money would fall in the same corruption loop again,” said Benjamin Guy, the spokesperson for Transparency International France - one of the NGOs that initiated the years-long process against the son of Equatorial Guinea’s leader Teodoro Obiang Nguema.

On Monday 10 February, Teodorín Obiang, 50, lost his appeal of his 2017 conviction for embezzling and laundering at least US$174 million of his country’s public funds to finance his lavish lifestyle. The Paris court sentenced him to a suspended jail term of three years, a €30 million (US$32.75 million) fine and confirmed the seizure of his assets in France. The sentence was heavier than the initial court decision.

Teodorín is based in Equatorial Guinea and did not show up in court.

"This is one more step in a judicial marathon," William Bourdon, Transparency International's lawyer explained to reporters. "It is a strong and powerful signal to those who see the culture of impunity as the indispensable means to organize and maintain a system of predation of public resources in Africa and elsewhere," he added.

Teodorín’s Parisian six-floor mansion has gold plumbing units, a disco and a hammam; It is said to be worth $117 million. That is without the expensive cars in the garage, the designer clothes and jewelry in the closets and the more than $49 million worth of furniture, including a $1.98 million Louis XV desk, a Rodin sculpture and a dozen Fabergé eggs.

According to French law, assets seized in corruption cases must be returned to the French people, but that wouldn’t be fair in this case as the money belonged to the people of Equatorial Guinea. France has now drafted a new law to cover such cases, and its lawmakers are reviewing it.

But even if it is adopted, sending the money back to Equatorial Guinea could mean sending it straight back to the Obiang family.

The small Central African country has been ruled since 1979 by his father, one of Africa’s longest-ruling dictators. He has groomed Teodorín to succeed him and appointed him in 2012 as vice-president.