An anti-graft crusader and the chief minister of India’s Delhi region, Arvind Kejriwal, secured a victory on Wednesday that will keep his Aam Aadmi Party, AAP, in power in the regional assembly. His party has maintained a significant majority there since 2015. 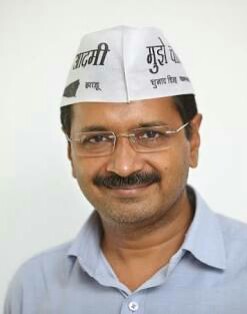 Chief minister of Delhi and founder of the AAP, Arvind Kejriwal Credit: Aayush Sangal (CC BY 2.0) The AAP was formally established in November of 2012 following a series of anti-corruption protests known as the India Against Corruption movement. Kejriwal, one of its prominent activists, founded the party in order to gain political representation from the popular uprisings that spoke out against corruption.

In an interview with India Express on Tuesday, Kerjwal discussed why the country’s leading Bharatiya Janata Party (BJP), has gained a sizable majority in the Indian Parliament through its brand of “muscular nationalism.”

Kerjwal believes that India’s pervasive problem is corruption, but that the country has been unable to successfully confront it because its two prominent parties, the BJP and Congress, are both corrupt themselves. Hence, graft has been taken out of the political conversation and the BJP successfully shifted popular attention to Hindu nationalism, he explained.

While Kerjwal believes that choosing future candidates for his party would be based on various criteria, three remain crucial.

“Our 3Cs are important — character, crime and corruption. We don’t compromise on that,” he said.