Sweden’s SEB bank replaced on Friday the head of its Baltics division who was in charge when media revealed last year that billions of euros were funneled through the Baltic branches by “low transparency” customers. 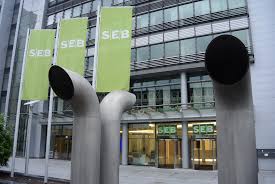 Unt led the Baltic division for the past four years. The bank admitted in November that most of the suspicious transactions occurred in Estonia, with an estimated 25.8 billion euros being funneled through that bank from 2005 to 2018.

SEB, however, did not blame Unt for the error and said that he had “been a driving force to strengthen SEB's capabilities in the work against financial crimes and that’s why he will stay on until after the summer as a senior advisor within the field, working on our financial crime detection program and our private-public partnership against financial crime,” Frank Hojem, SEB Group’s Head of Corporate Communication told OCCRP in an email.

SEB also said it has a great confidence in the leaders of the bank in the Baltic branches and does not foresee any changes in the near future.