The entire board of Thai Amateur Weightlifting Federation stepped down Thursday in the wake of doping allegations made in a German TV documentary, reported Reuters. 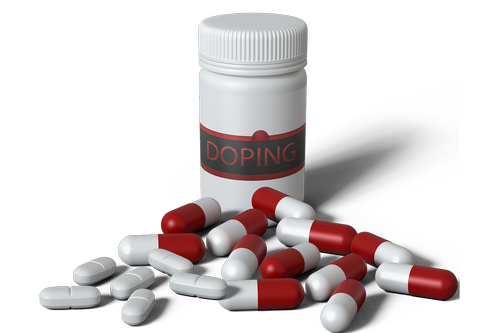 Thai Weightlifting Federation stepped down due to doping scandal. (Photo: 1966666/pixabay.com)
The German broadcaster’s documentary “Secret Doping – the Lord of the Lifters”  revealed how many medal-winning athletes around the world had bribed officials to conceal doping or had hired doppelgangers to be tested in their place. The documentary claimed that half of the medalists between 2008 and 2018 half of the 450 medallists at Olympic and World Championships were either not tested before competitions or during training or controllers accepted manipulated urine samples in exchange for money.

The documentary included an interview with Thai weightlifter Siripuch Gulnoi, who confessed doping in order to win a bronze medal at the London 2012 Olympic Games.

The athlete said that the people who gave her  drugs didn’t care about her well-being or health and that the substances gave her a masculine jaw and moustache.

According to Reuters, the president of the Thai association, Boossaba Yodbangtoey announced the resignations. She also complained, however, that the journalist “neither identified his real name nor showed his real profession.” She said Gulnoi was not aware of the TV journalist filming.

The documentary claimed that some athletes as young as 13 were encouraged to dope. A number later developed diseases or died prematurely.

The co-author of the investigation, Hajo Seppelt, confirmed that reporters went undercover to secure the story. “In order to reveal the truth about massive doping in Thai weightlifting we had to act as undercover reporters, otherwise the athlete would have never admitted what she did on camera,” Seppelt told Reuters, that interviews were run at full-length and unedited.